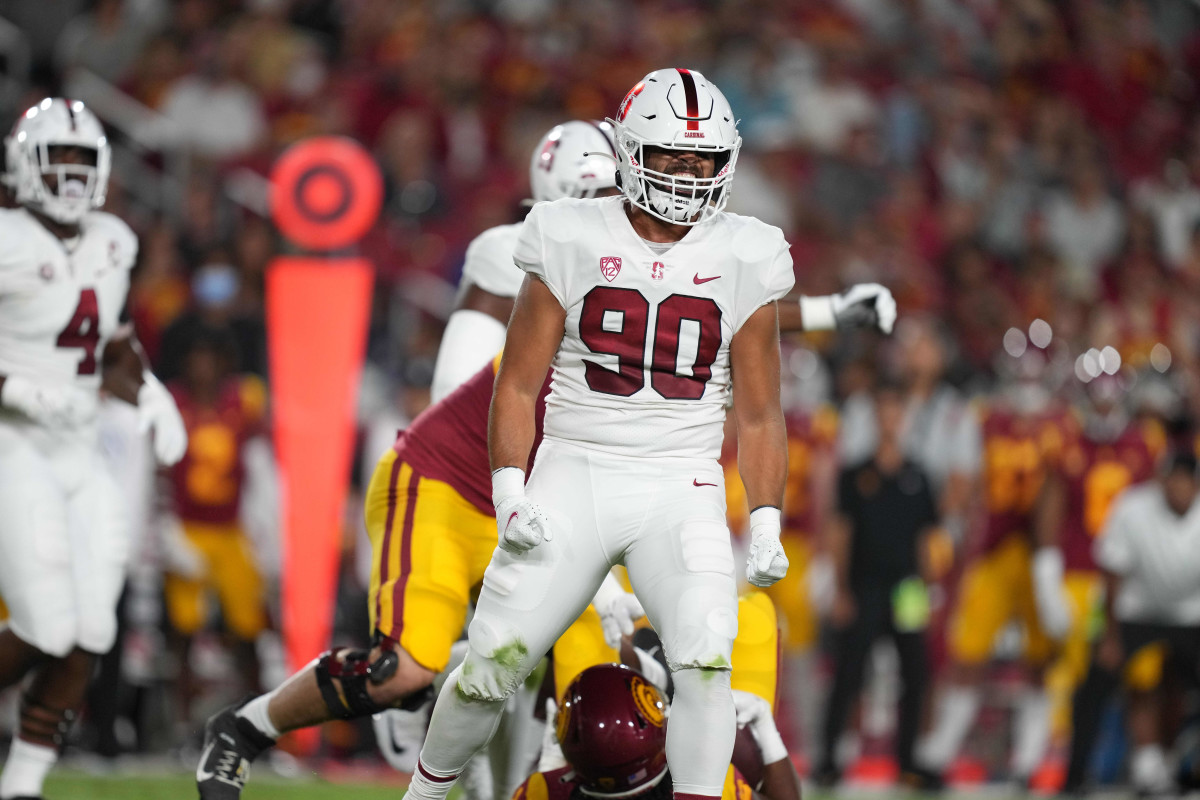 Stanford’s defense struggled mightily in 2021 and losing key players like Gabe Reid didn’t do the team any favors until 2022.

The linebacker turned defensive end has decided to return home, having been transferred to Utah, where he will team up with his brother Karene Reid. In an interview with DesertNewsReid explained his reason for leaving the Stanford program to return to his home state of Utah, saying:

“I would say this is my home. That’s the first thing, just being able to come home and play with my brother,” Gabe said of his move from Stanford to Utah. “But Utah as a program, I really like their defensive spirit.

He also expressed his fondness for the Utah program and how close he was to attending before committing to Stanford saying:

“Thinking back, if I hadn’t committed to Stanford, I would have come here to Utah,” Gabe said. “It’s pretty cool to have been able to come full circle and be here and play with my brother.”

The native of American Fork, Utah, played 42 games with 24 starts, while racking up 167 total tackles during his four years at Stanford. He joins Utah’s quest to repeat as Pac-12 champions after winning their first title as a conference member a year ago, while also