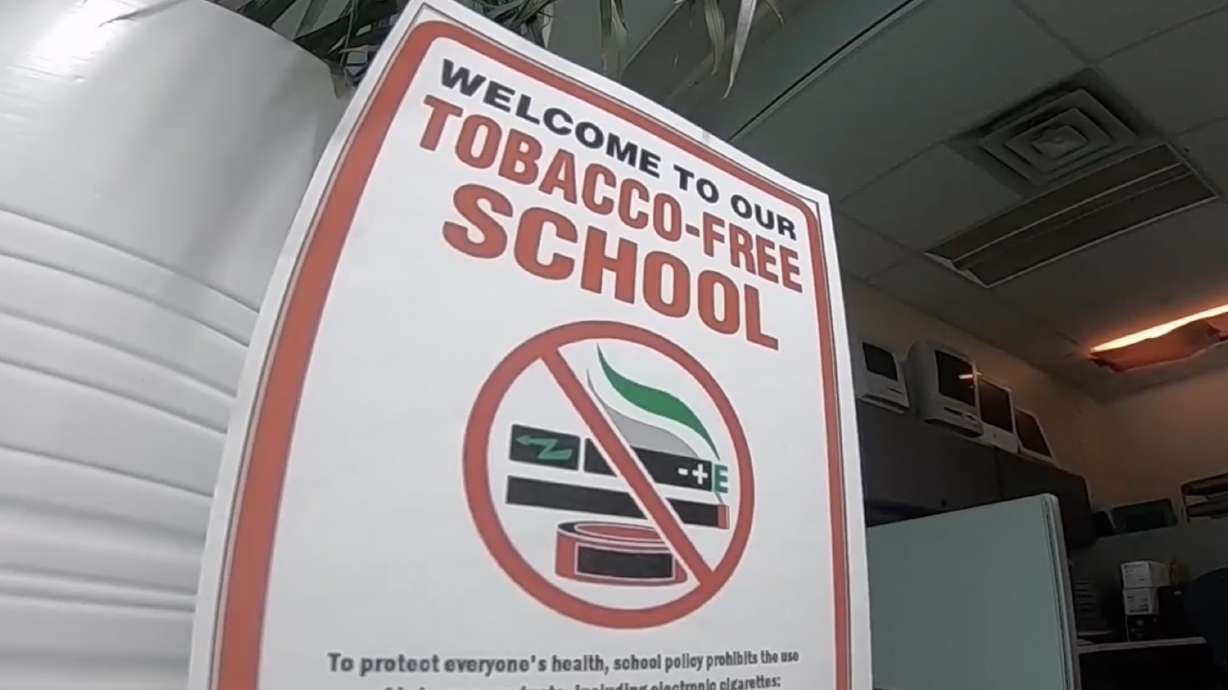 SALT LAKE CITY — As students head back to school this month, health advocates and medical experts are reminding parents and teens that e-cigarettes, or vaping, are harmful.

“I think the parents, the community, the schools are getting the message across and the prevention programs are working,” said Sharon Jensen, Jordan School District’s consultant in student support services.

She works on substance abuse issues in the district. She also serves on the State Board of Education’s Safe and Drug-Free Schools Task Force.

New numbers from the statewide SHARP survey showed a dramatic drop in vaping over the past two years among eighth, 10th and 12th graders.

“The glow fades with vaping,” Jensen said. “Kids kind of get the message: it’s the same as smoking, nicotine is highly addictive and it just lets you let the big tobacco take your money.”

“The whole trend is down,” she said. “But, we’re not really happy until he’s gone down.”

“If we look at children, then the best way to quit smoking is to never start smoking,” said Dr Denitza Blagev, pulmonary specialist at Intermountain Healthcare.

She was surprised to learn of the decline because she continues to see patients with vaping-associated lung injury, or EVALI. His research also showed that vaping does more than damage the lungs.

“We found that 39% of patients who had EVALI, or vaping-associated lung injury, had measurable cognitive impairment one year later,” she said. The average age of these patients was 30 years.

Kids kind of get the message: it’s the same as smoking, nicotine is highly addictive and it just lets you let the big tobacco take your money.

– Sharon Jensen, member of the State Board of Education’s Safe and Drug-Free Schools Task Force

Parents should be aware of unknown objects that look like a pen or USB flash drive but are actually a vaping device. Electronic cigarettes also have a fruity smell.

“Sometimes kids will pick up these things as a way to deal with anxiety,” Blagev said.

Health experts agree that prevention starts with open communication between parents and their children.

“I think it’s taken all of us to help young people realize that no, it’s not a safe alternative to smoking. It’s smoking in a different form,” Jensen said.