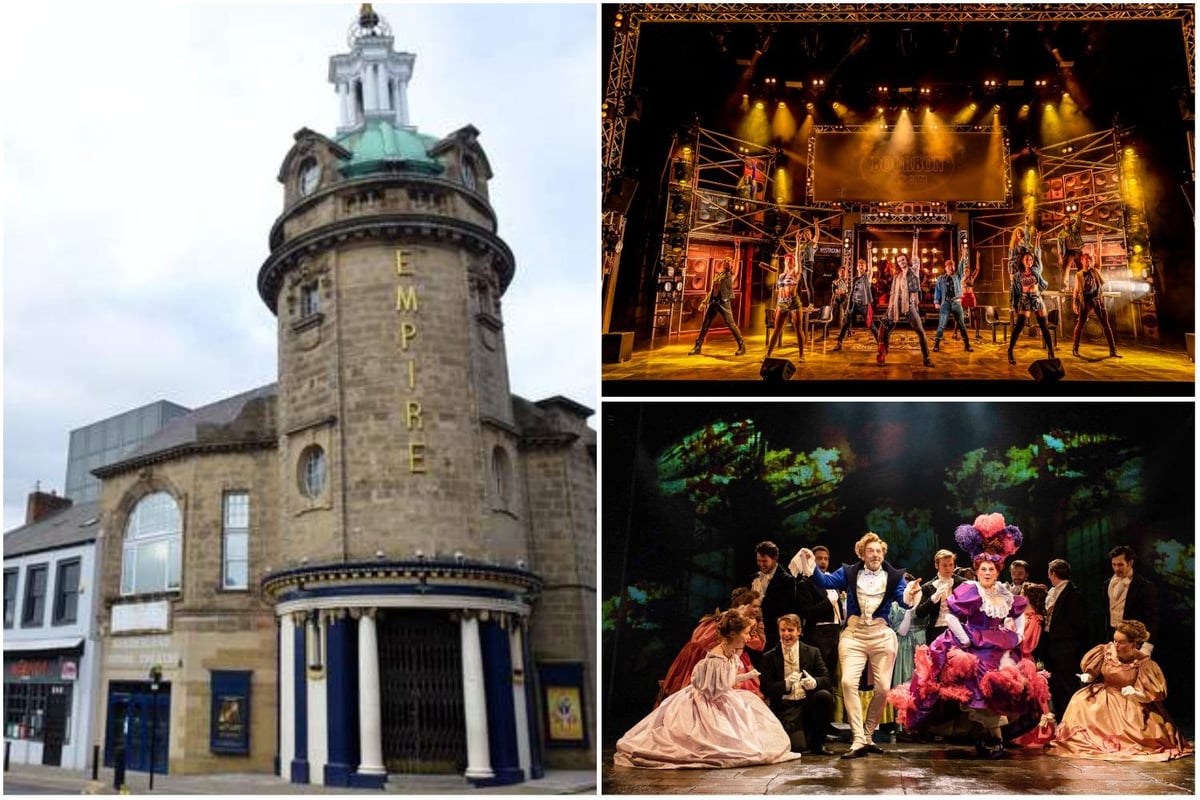 Nine hit shows to look forward to at the Sunderland Empire, from Les Miserables to Strictly Ballroom

Here’s a roundup of some of the shows heading to the venue. For pre-theatre meal ideas, see here.

Backcomb your mullet and sing your heart out to Rock of Ages which features real 80s bangers, such as Don’t Stop Believin’, We Built This City, The Final Countdown, Wanted Dead or Alive, Here I Go Again, Can’ I don’t fight this feeling and I want to know what love is. Tom Cruise told the story to a new audience in the musical-inspired Hollywood film. Photo credit: The Other Richard

Photo: ©The Other Richard

A new musical celebrating the life and music of the Osmonds will be in Sunderland from September 13-17. With a story by Jay Osmond, the musical tells the true story of the five Utah brothers who were honored as children and went on to create smash hits decade after decade. From their star residency on The Andy Williams Show from 1962 to 1969, to pop stars and “Osmondmania” from 1971 to 1975, to the arrival of The Donny & Marie Show, a popular TV variety show, from 1976 to 1979 , The Osmonds lived a remarkable life racking up chart-topping albums, selling out sprawling arena gigs, and making record-breaking TV shows — until one bad decision cost them everything. The musical features a roster of 1970s anthems, including One Bad Apple, Down by the Lazy River, Crazy Horses, Let Me In, Love Me for a Reason, (We’re) Have a Party, Puppy Love, Long Haired Lover From Liverpool. , paper roses and many more.

Written by Willy Russell, the legendary Blood Brothers, which takes place in Sunderland from September 20-24, tells the gripping and moving story of twins who, separated at birth, grow up on opposite sides of the tracks, only to find each other with fatal consequences. The score includes Bright New Day, Marilyn Monroe and the emotionally charged hit Tell Me It’s Not True.

Horizons, which Brian Cox brings to Sunderland on October 1, takes audiences on a dazzling cinematic journey; a story of how we have become and what we can become. Using state-of-the-art LED screen technology, the halls are filled with images of distant galaxies, alien worlds, supermassive black holes and a time before the Big Bang. What is the nature of space and time? Why does the Universe exist? How did life begin, how rare can it be, and what is the significance of life in the Cosmos? What does it mean to live a small finite life in a vast eternal universe? The deepest questions will be explored using the latest advances in our understanding of quantum theory, black holes, biology, planetary science, astronomy and cosmology.