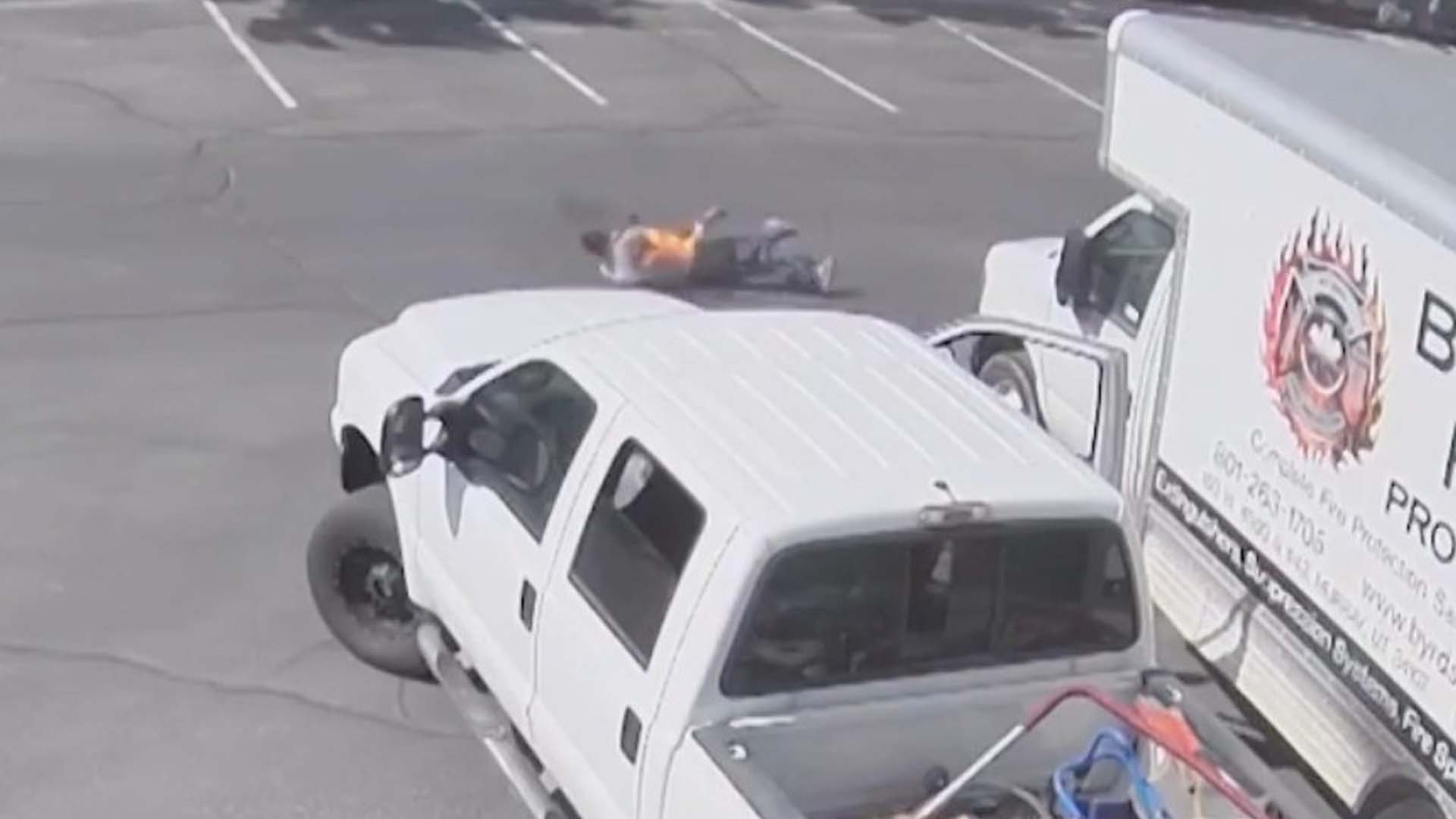 SHOCKING video shows a thief on fire after catching fire while trying to steal petrol from a business.

The thief was apparently desperate to get fuel without paying the high price consumers see at the pump.

Video obtained by KSL-TV showed a white van pulling up next to a vehicle in the parking lot at the Salt Lake City, Utah Business Summit Fire and Protection.

The unidentified thief was attempting to steal gasoline from a company car, which had previously been targeted in other siphon attempts.

Travis Mills, branch manager of Summit Fire and Protection, told KSL TV the company had to upgrade to a $30,000 security system after the first attempt.

The new security system caught the last thief in action.

“That’s when it caught fire,” the branch manager said.

The video shows the thief quickly jumping and rolling across the parking lot as flames engulf part of his body.

The person then rolled on the ground before an accomplice got out of the van to help put out the fire.

It is not known if the thief has been found or identified.

Mills said the company car’s fuel tank was empty during the attempted theft.

“If there was more gasoline than a gallon, this thing absolutely would have turned into a bomb,” Mills said.

The number of gas siphons has increased as gas prices soar across the country.

“Unfortunately, given the gasoline prices in the valley and across the country, we are seeing an increase in gasoline thefts,” Salt Lake City Fire Division Chief Tony Allred told KSL- TV.

Allred, whose hazardous materials team drills into gas tanks in emergencies, warns against anyone drilling into gas lines.

“The drill, bit or even static electricity could set off an explosion,” Allred said.