SALT LAKE CITY (ABC4) – Hi, Utah! Hope your week is off to a good start. As for the weather, we are starting on a level playing field compared to the weekend.

Utah under investigation by Department of Education over mask warrant ban

The skies will also be mostly dry in Hive State, however, with a more southerly flow, a parasitic downpour cannot be ruled out in the south by the second half of the day.

Temperatures will be above average everywhere. Along the Wasatch Front, highs will be between the low to mid-90s, while St. George will spend another day above 100.

Our weather will undergo some changes in the coming days thanks to a rise in humidity. By tomorrow, isolated showers and thunderstorms will be possible in the lower two-thirds of Utah. This will result in slightly cooler temperatures in the south while the north will experience a hotter and drier day with pockets of patchy smoke. Humidity levels will continue to rise, leading to scattered showers and storms across much of Utah by midweek.

Although severe storms are unlikely, flooding is possible. At that point, there won’t be as much smoke in the sky anymore, so the air quality might improve a bit.

For the end of the week, humidity levels seem to be dropping as we head into the weekend.

Take-out? We have more smoke today and tomorrow, but we might start to see more rain on the radar midweek.

Stay ahead of smoke and the potential for rain with Utah’s most accurate forecasts live and online. We are There4You! 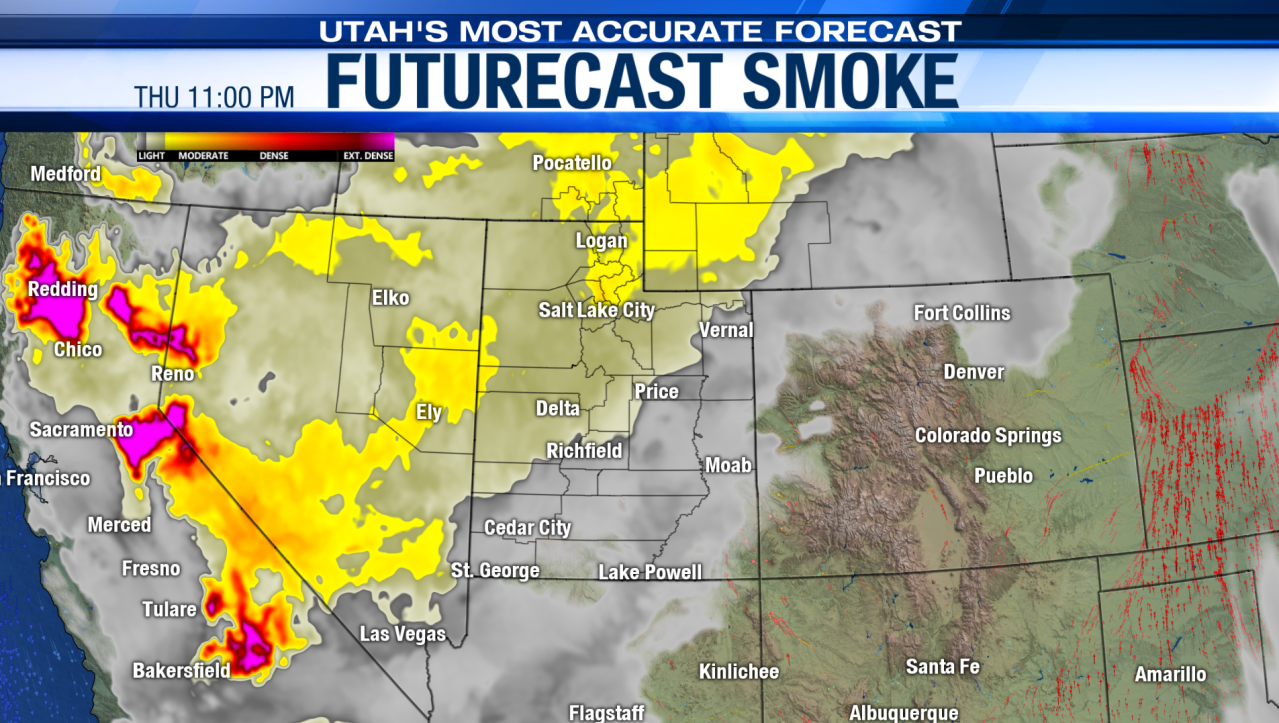 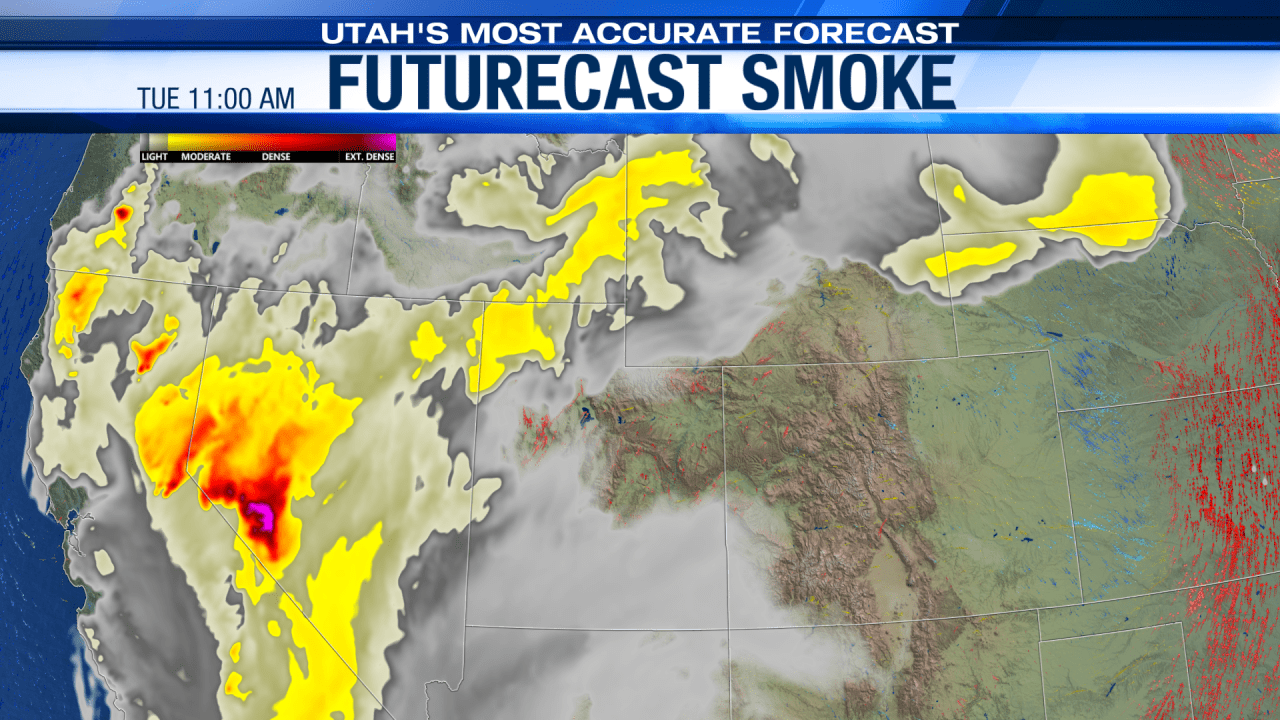