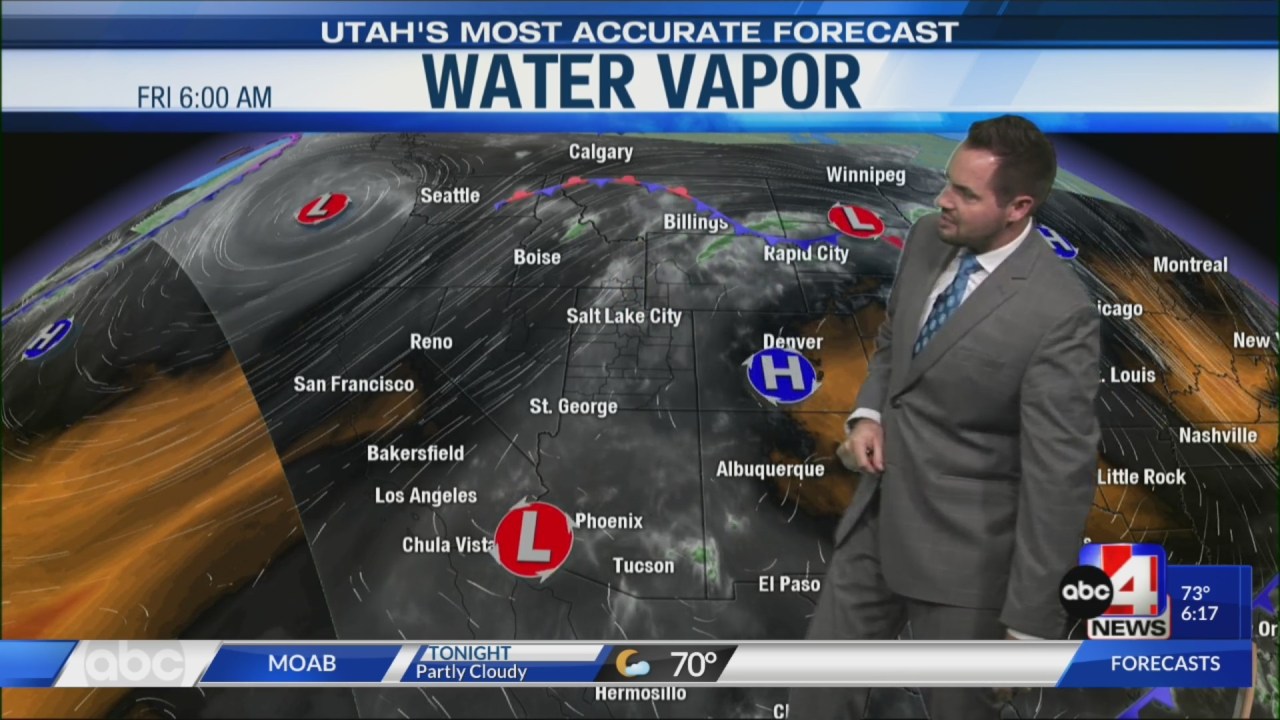 SALT LAKE CITY (ABC4) – Happy Friday Utah, we have come to the end of the work week! Today won’t bring much change from what we’ve seen over the past few days.

That means more showers and thunderstorms scattered across Beehive State, with the best chance being in the afternoon and evening. The best chance of storms will be along and near the I-15 corridor, especially on higher ground. Even in the valleys there is a better chance of having a 1 in 3 chance of having storms. Storms are least likely in northwestern Utah and southeastern Utah, but as we’ve seen in recent days, isolated showers and storms will still be possible as the humidity in the monsoon is abundant over Utah.

Flood watch for southwestern Utah will also continue throughout the day, extending from the Wasatch Mountains south of I-80 into Kane and Washington counties. Even outside the watch, flash flooding will be possible as well as urban flooding and small streams, as the storms will be capable of heavy rainfall. At all national parks in southern Utah, flash flooding is more of a probability than a possibility, so make sure you have multiple ways to receive alerts if you have hikes planned.

Apart from showers and thunderstorms, the sky will be partly cloudy to partly sunny with daytime highs close to or slightly below seasonal averages. This will result in low 90s along the Wasatch Front, 80s for the Wasatch Back and Cache Valley, while Southern Utah mostly sees 80s and 90s for the highs.

We will continue with this active pattern throughout the weekend as the monsoon humidity persists. While it’s not a guarantee that you’ll see storms every day, there is at least a chance, so plan ahead just in case. Humidity levels may drop slightly in northern Utah as we turn the page early next week, but storms remain in the forecast with consistent temperatures for most of the week.

Conclusion ? ! Scattered showers and storms continue over the weekend with possible flash flooding.