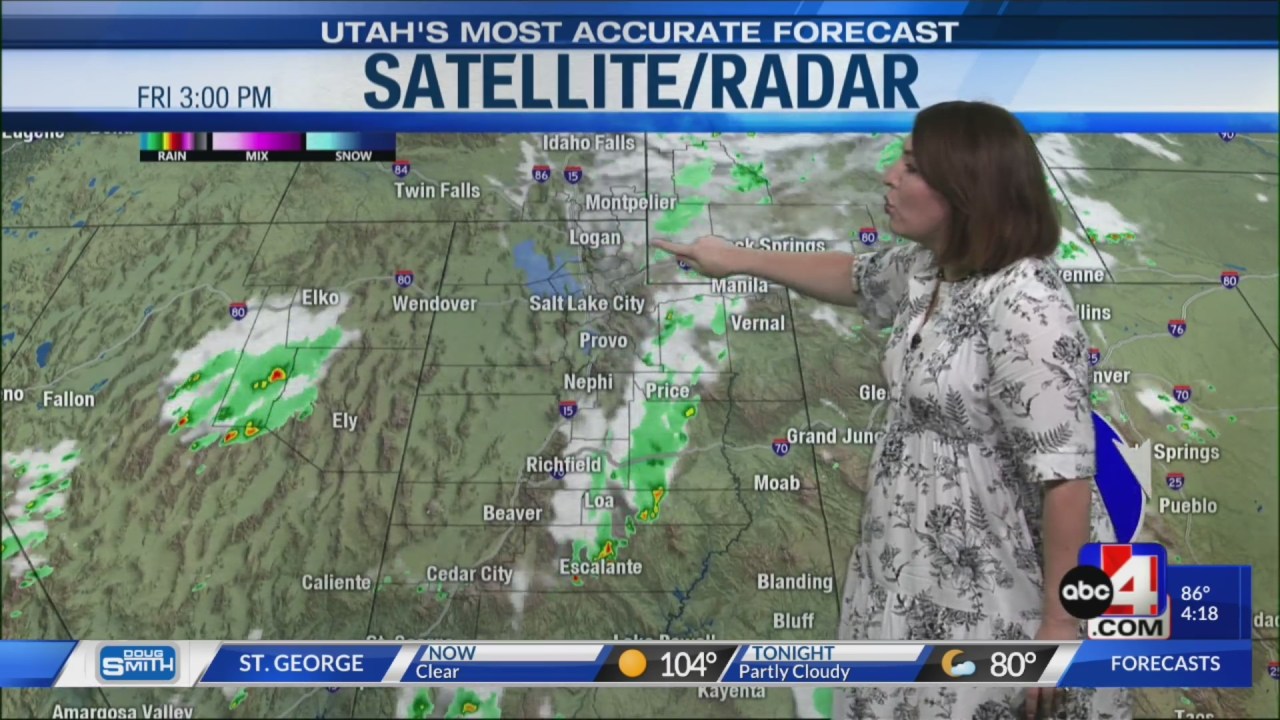 SALT LAKE CITY (ABC 4) – Happy Friday, Utah! We close the end of the working week with the potential for some storms again! Deep moisture has crept into the state throughout the work week, and like yesterday, we have the potential for flash flooding.

Flood watches are issued when there is a higher than normal risk of widespread and life-threatening flash flooding. Outside of the flood watch, the Weather Prediction Center has placed the southern 2/3 of Utah at slight risk of excessive rainfall that could lead to flash flooding.

In northern Utah, we’ve already seen showers early in the day due to a weak passing system, but we may see more isolated thunderstorms break out this afternoon and evening, so keep watching. eyes to the sky. Daytime highs will drop a degree or two in northern Utah, but a slightly above average high in Salt Lake City still looks likely in the upper 90s. Meanwhile, southern Utah will experience similar temperatures compared to the past few days.

The humidity will drop slightly on Saturday and Sunday, so the storms won’t be as heavy, but the heat will be. The dangerous heat returns next week, with another triple-digit streak in the north and south.

By the end of the weekend early next week, a further increase in humidity looks possible. For most of next week, it looks like we will see occasional bursts of humidity from the south, so there will likely be isolated showers in spots across the state as the heat persists.

At the end of the line ? Slightly less heat today with more scattered monsoon thunderstorms with potential for flash flooding in southern Utah.

Always stay ahead of the weather with Utah’s most accurate forecast, both live and online! We are There4You!