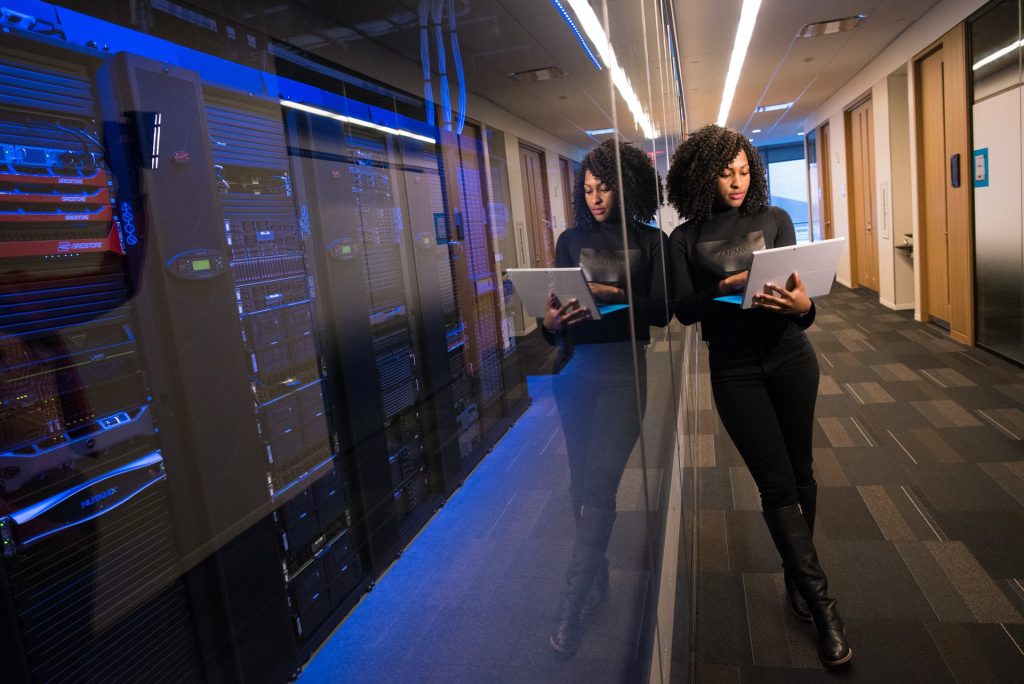 FILE PHOTO: Woman with laptop near computer servers. Photo by Christina from wocintechchat.com on Unsplash

LOGAN – Utah’s economy continues to perform well despite some levels of uncertainty and difficulty caused by the COVID-19 pandemic. Personal finance site WalletHub recently compared the 50 states and the District of Columbia to provide an update on state economies, and Utah ranked 2nd overall. Washington is ranked first.

In rating the states with the best economies, Gregory S. Burge, president and professor of economics at the University of Oklahoma, says there are a number of common factors that contribute to the strength of the state economy. ‘a state.

“I would like to give a nod to the power of innovation and American entrepreneurship – so maybe start with something like patents per capita,” says Burge. “Secondly, I’m a big proponent of the idea that a strong economy should work for everyone – including middle-income and low-income workers – so I would say you want a low poverty rate (adjusted for the cost of living). After that, maybe something general like the ratio of per capita income to a general cost of living index.

“All the best patterns I’ve seen suggest that people/workers like to move to places where this ratio is high and tend to move away from places where this ratio is low. We could complete with two big social indicators indicating that families and children are doing well – perhaps the lowest incarceration rates for youth and young adults as well as something like high school graduation rates?”

Another economic expert to whom the site refers, Robert Wyllie, assistant professor of political science, director of the political economy program at Ashland University’s College of Arts and Sciences, is concerned about the direction the economy is taking. American economy in general.

“Hard goods like cars/refrigerators/TVs, the kind of stuff that’s been bought aggressively over the past two years — those kinds of sales are going to go down,” he says. “But service-related sectors, and travel in particular, are heating up. Ultimately, households have limited resources – so with $5 a gallon of gas and higher than ever costs for housing and food, there simply won’t be as many discretionary spending dollars left in the typical US budget on the rest of 2022 as he looked back. On the net, my hunch is that this means we have a good chance of heading into (or are already in) a small recession.

The site considered the following information to determine its ranking:

Kylie Jenner shows off $1,500 Jimmy Choo pink sandals and $750 bag after being slammed for ‘flaunting’ her wealth