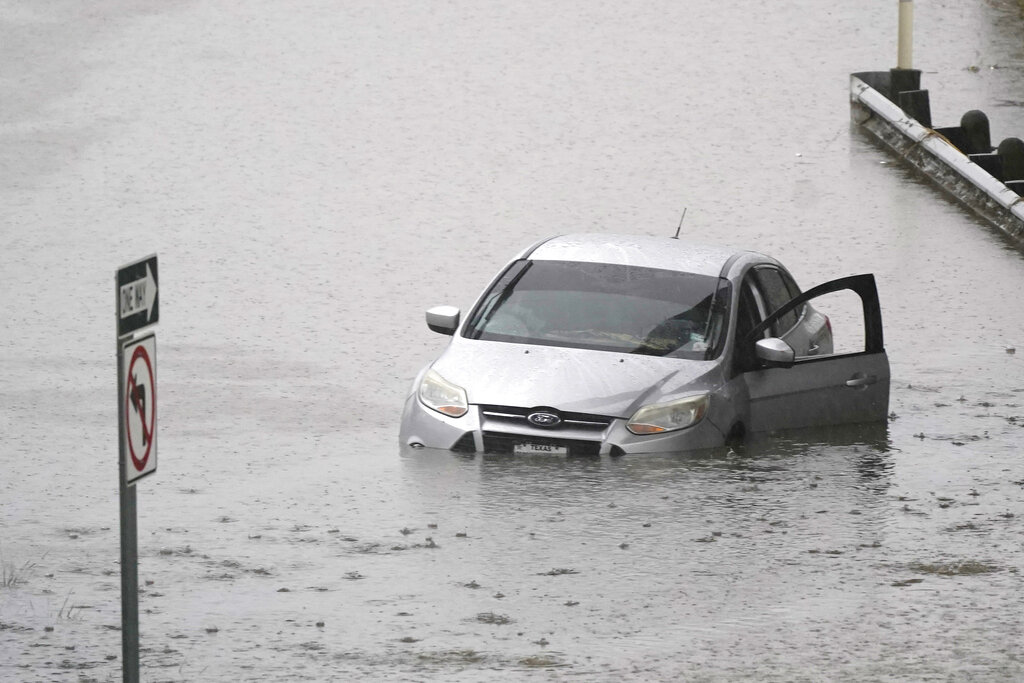 (NEXSTAR) – If you’ve ever wondered where all that water came from before it hit your local river or stream, the US Geological Survey’s interactive Streamer tool helps you visualize it.

Search for your city and you can see streams, rivers and lakes near you. With one click, you can “draw upstream” to see all the waterways that feed up to that point, or “draw downstream” to see where the water is heading.

For those dealing with widespread flooding in the southern United States, for example, real-time conditions might be more helpful.

After summer wildfires, why some areas are at high risk for flash flooding

A powerful storm system caused widespread flooding in a number of states over the weekend, leaving neighborhoods under water and causing flash floods that put visitors to the national park at risk.

The flood submerged the banks of rivers and streams in Utah, Arizona, Texas and New Mexico.

Although much of the region remains in a decades-long drought, climate change has made weather patterns more variable and left soils drier and less absorbent, creating conditions more prone to flooding and monsoons.

Flooding swept through parts of southern Utah in and around Moab and Zion throughout the summer, causing streams of water to tumble from the region’s red rock cliffs and spill from the sides of the banks .

An Arizona woman was still missing on Monday after being swept away in Zion National Park, Utah three days earlier as floods swept through the southwestern United States and endangered tourists visiting the scenic parks in the area.

In Balch Springs, a Dallas suburb where a grass fire that broke out in an open, dry field last month damaged more than two dozen homes, authorities rescued people from flooded homes on Monday.

“The water has nowhere to go and the creeks are starting to overflow. We’re putting them in place until we can get to them by boat,” said fire chief Eric Neal, who didn’t yet counted the number of rescues made.

Heavy rains and flooding across the southern United States are expected to continue Tuesday and possibly Wednesday as the storm system heads into the lower Mississippi Valley and south, according to the National Weather Service.

The Associated Press contributed to this report.