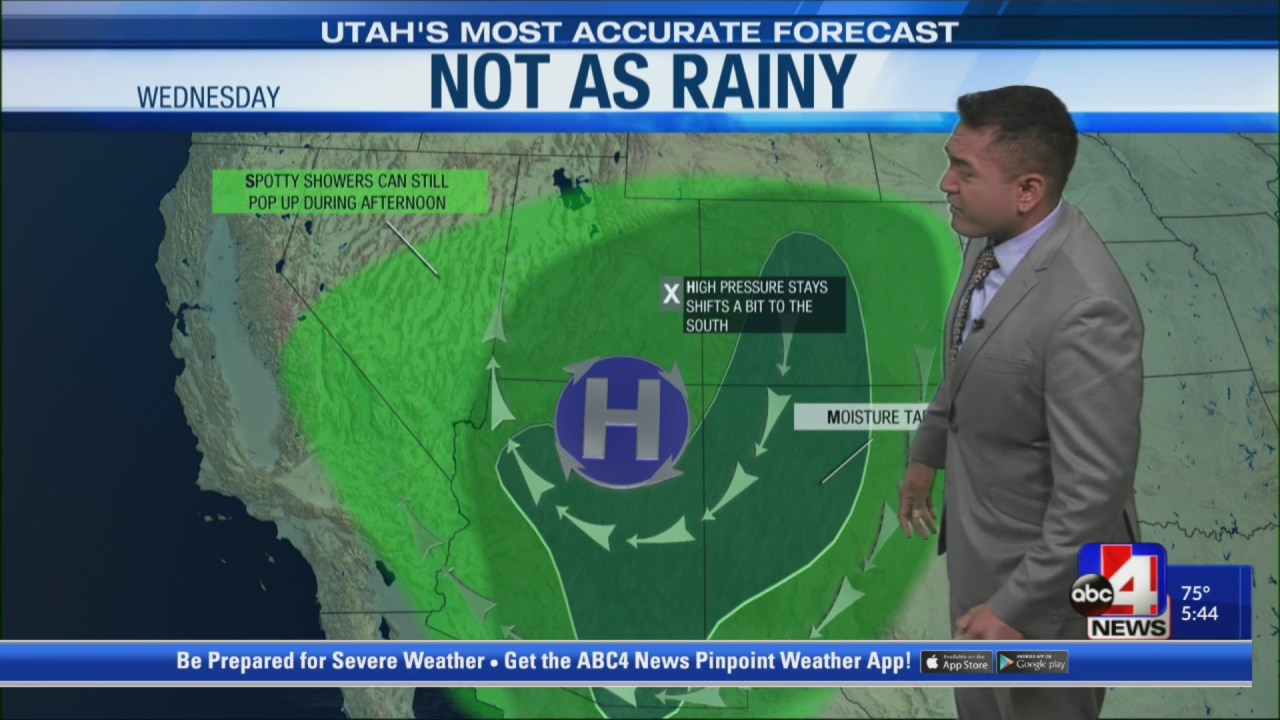 Will it be stormy in Utah on Wednesday?

There is a slight chance of an isolated storm in northern Utah, but as we arrive midweek a brief break in the active sky with slightly drier air creeping into parts of the State.

Our storms will really be linked to daytime warming and higher terrain over the next couple of days, but as we head into the end of the week, an influx of moisture is causing strong and slow thunderstorms to return, even in the valleys.

The high pressure will also allow temperatures to rise and rise above average for today.

Expect upper 90s with partly cloudy skies along the Wasatch Front with temperatures reaching century in Salt Lake but stopping at 99. Highs will be in the 90s range statewide with Moab, Lake Powell and St. George trying to hit triple digits, cloud cover permitting.

Our flash flood potential will be highest near south-central Utah with a probable risk of flooding at Zion, Capitol Reef and Bryce Canyon.

This is also possible at Arches, Canyonlands and Natural Bridges. The risk of flash floods will vary with storms, so stay tuned for the weather!

As storms evolve and weather warnings develop, you’ll want to stick to Utah’s most accurate forecast live and online. We are There4You!