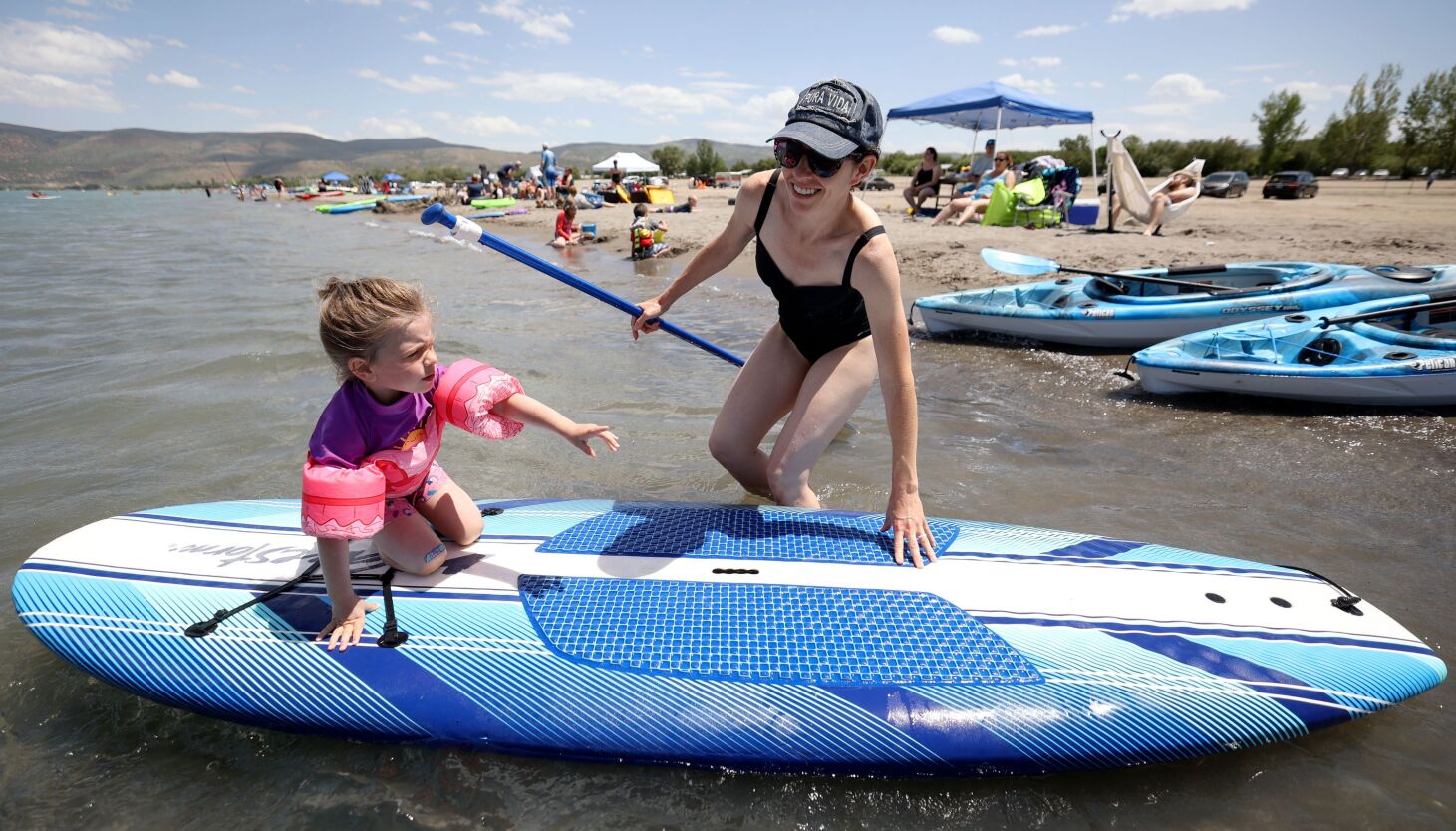 Visitors to Bear Lake last summer poured $48 million into the northern Utah region over more than a million visiting days and nights, a new study finds.

That’s a ton of money in a rural area with stimulating economic development opportunities.

In addition, visitor spending was directly responsible for the 450 full-time and part-time jobs.

“Local spending by the many visitors and part-time residents drawn to Bear Lake has become the area’s main economic driver,” said Evan Hjerpe, director of the Conservation Economics Institute, which conducted the study. “(These expenditures) provide sustainable economic development in a rural area with limited economic development opportunities.”

Interestingly, although Rich County, Utah has seen net out-migration since 2010, approximately 20% of surveyed visitors lived in the Bear Lake area full-time or owned or had access to a second home in the area. In 2019, nearly 80% of homes in Rich County were seasonal homes.

The study was commissioned by the Bear River Association of Governments on behalf of area landowners and business owners and government entities. It stemmed from a presentation detailing the benefits of having pinned numbers on the value of the lake and its ecosystem.

“The original idea was inspired by the Great Salt Lake study that was so informative,” said Lara Gale, regional growth planning specialist at the Bear River Association of Governments. This study described the economic benefits of this system and subsequently what would happen if there were losses to these uses.

Gale said a next step in better understanding the watershed as a whole will be to thoroughly examine the Bear River and its entire watershed.

Gale said what they learn can inform them about wise water management decisions in the future to avoid repeating one of the Great Salt Lake struggles – and that this information can help both systems to long term.

The Bear River is the main tributary of the Great Salt Lake, but is on the table for development in the future for a diversion that would further deplete the amount of water coming into the declining Great Salt Lake.

The study found that the attractiveness of the lake is driving a building boom.

Richard Droesbeke said he has been the park manager at Bear Lake for 15 years.

“It’s getting busier, busier and busier,” he said.

In 2021, the park attracted 603,297 visitors and is consistently among the top 10 state parks that visitors visit each year.

“We receive a lot of families who come and this is their destination. It’s not extremely hot like St. George or Lake Powell, and it’s really not that far from the Wasatch front, two or three hours depending on where you are in the area,” Droesbeke said. .

The Bear Lake State Park Marina, with a $60 million injection from the Utah Legislature, will double in size with additional slips, and the current marina next door will remain functional, Droesbeke added.

Like the Great Salt Lake, Bear Lake is an ecosystem superstar and offers environmental benefits. PacifiCorp manages nearly 1.5 million acre-feet of water stored in the lake, distributing it in the summer according to agreements with a host of water users for flood control, irrigation and water production. ‘electricity.

Additionally, the Bear Lake Wildlife Refuge and Bear Lake itself are home to over 150 species of migratory birds, as well as native and other fish, big game, and small wildlife.

One aspect of the study revealed that the public would be willing to pay hundreds of millions of dollars to preserve water quantity and quality in Bear Lake.