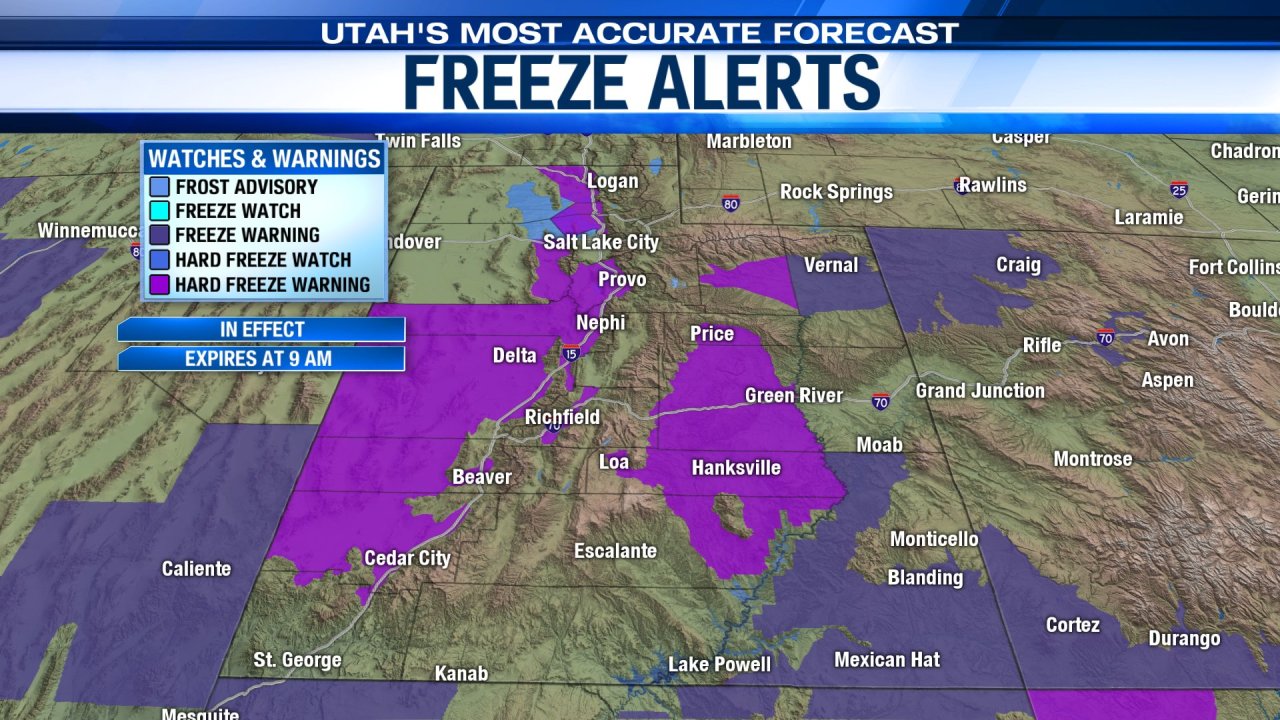 SALT LAKE CITY (ABC 4) – Happy Wednesday! It was an unusually cold start to the day with freezing temperatures for much of the state.

Overnight lows have reached a low 10 to 15 degrees below seasonal norms, and we maintain that trend for our day highs. Expect cold conditions with highs in the 1940s in the north and the 1950s in the south, with mostly dry skies with a slight likelihood of an isolated snow shower in the northern mountains as our temperatures remain well below average overall.

Another fast system will arrive tomorrow late Thursday. This will bring the possibility of another round of rain and snow, mostly in northern Utah. Snow levels will also be a bit lower so there is a better chance that we will see snow showers below 5,000 feet which would include the Salt Lake Valley, but any build-up will still favor benches and more. high.

We’ll be wrapping up the work week and heading into the weekend with the sun returning across the state as our temperatures slowly start to approach average. We will see highs return to the 60s early next week.

At the end of the line ? Some potential lake effect could bring showers during our morning trips and isolated potential during lunch. It’s gonna be a chilly Wednesday too!

To stay ahead of the weather, make sure you stick to Utah’s most accurate forecast! We are There4You!

The calm morning gives way to a wet and cool afternoon