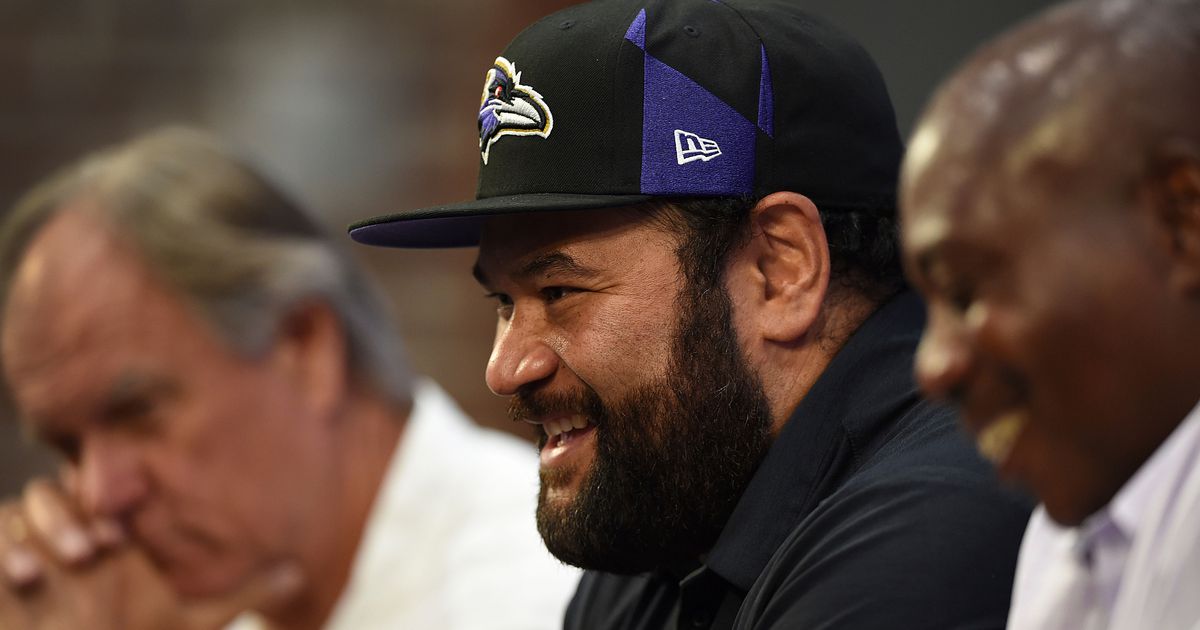 (Gail Burton | AP) Former Baltimore Ravens football player Haloti Ngata, center, talks about his retirement at a press conference on May 29, 2019. Ngata, who played at Highland High School, will be one of five new members inducted into the Utah Sports Hall of Fame this month.

The Utah Sports Hall of Fame Foundation will induct five new members at a dinner and ceremony on September 20 (7 p.m.) at the Little America Hotel in Salt Lake City.

Jay Don Blake, Haloti Ngata, Courtney Young Johnson, Nicholas Rimando and Teri Okelberry Spiers will be honored as the USHOFF Class of 2021, as their inductions have been postponed for a year due to issues related to the pandemic.

Ngata, of Highland High, became a perennial Pro Bowl selection as a defensive lineman and won a Super Bowl ring with the Baltimore Ravens in 2013.

Johnson, a Skyline High graduate, played for the US water polo team that won silver at the 2000 Olympics.

Spiers, of Weber High School and Weber State, is one of the most versatile athletes in WSU history, having reached NCAA competition in volleyball and track and field in the same year.