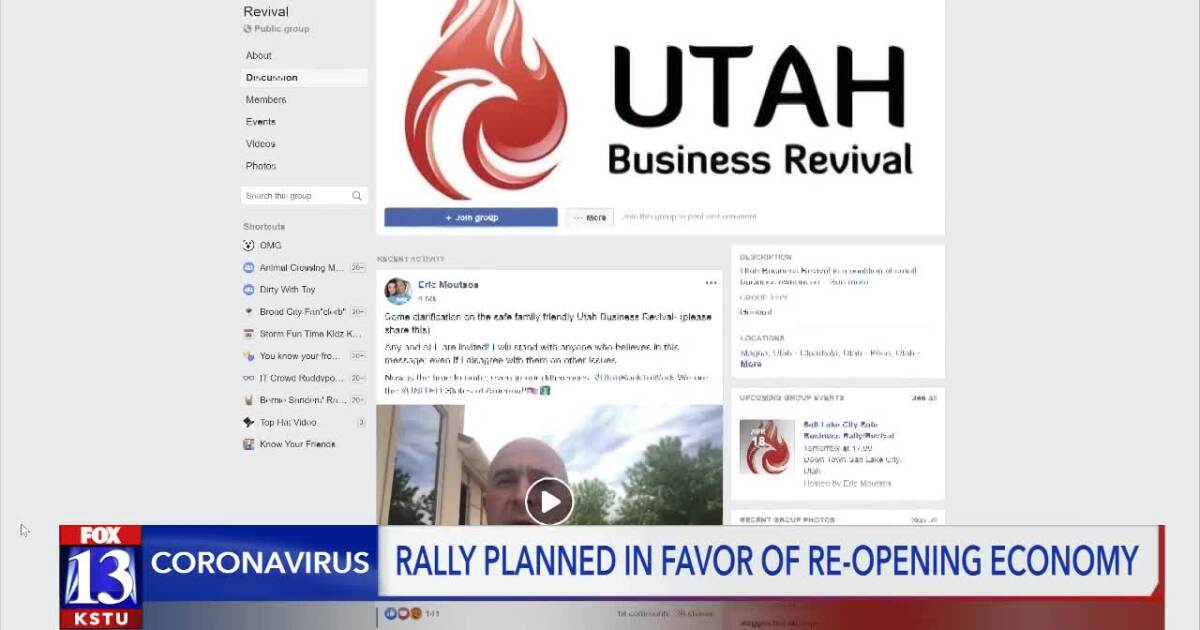 The rally is organized by Eric Moutsos, who launched the Utah Business Revival Facebook Group.

When it comes to reopening everything, Salt Lake County Mayor Jenny Wilson said they were working as fast as they could but had to put health and safety first. She cautioned anyone considering going to the rally on Saturday to understand the risks.

Moutsos believes the Salt Lake County stay-at-home order, which includes the mandatory closure of certain businesses, is unconstitutional. He says if people can shop in grocery stores, all businesses should reopen.

Governor Gary Herbert announced a plan to reopen parts of Utah‘s economy that have been significantly affected by COVID-19 on Friday. For more information on the diet, Click here.

While Moutsos has said he understands the threat of the virus is very real, he believes the economy needs to be reopened immediately.

But now is not the time for a rally, Mayor Wilson said.

â€œFrom what I’ve heard, they are pushing for social distancing, but a rally is a rally is a mass rally and it is prohibited,â€ she said.

A spokesperson for the Salt Lake City Police Department said he was aware of the event and did not plan to take any action unless absolutely necessary. Their goal is to educate people about social distancing, as law enforcement has said since the first stay-at-home order was put in place.

The group encourages social distancing at the event. Everyone is encouraged to grab take out at a local restaurant and get together for a picnic, Moutsos said.

From Friday evening, the Facebook event for the rally showed more than 150 people saying they will be attending and nearly 500 more saying they are interested.

Additional instructions for those who wish to attend: