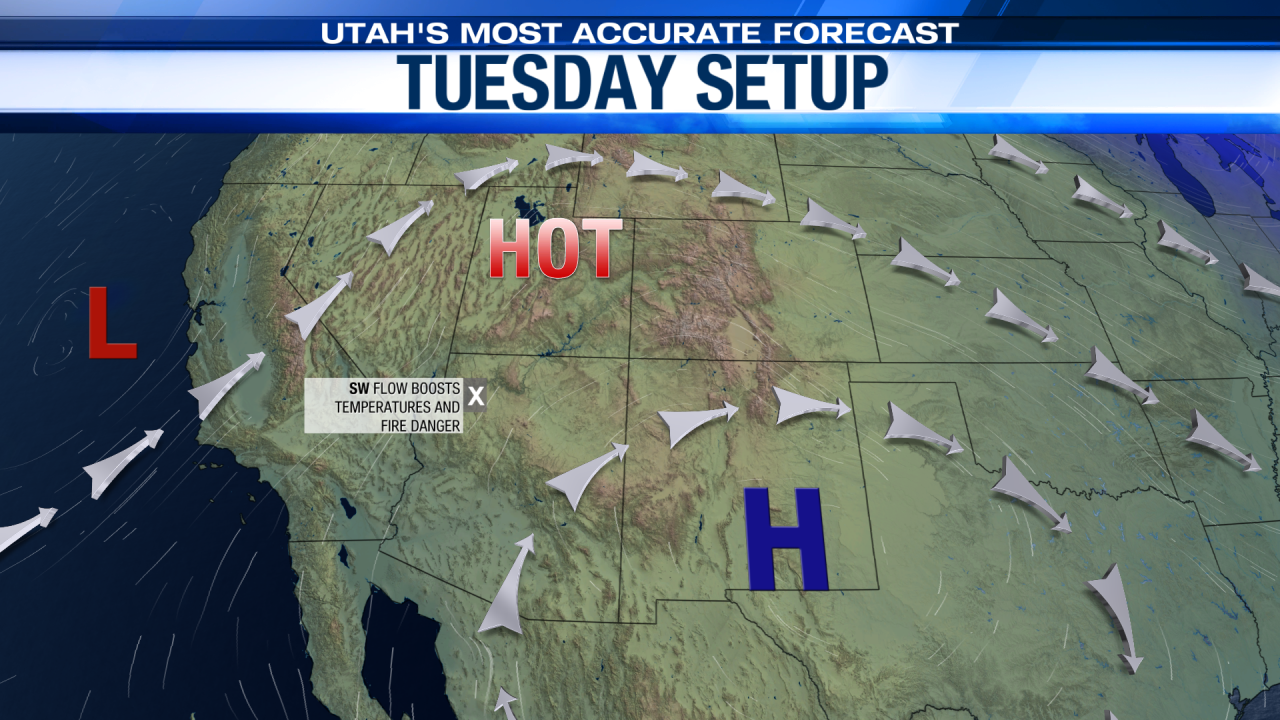 SALT LAKE CITY (ABC4) – The heat returns for another day as we approach another triple-digit day for most of the people of the Grand Bassin.

The association of our high pressure to the east on the Four Corners and a high pressure area off the Californian coast will boost our flow towards the south. This will subsequently increase our temperatures despite the arrival of clouds.

No heat warnings or advisories are issued as we expect to see a good “chill” in the second half of the week which relieves us a bit. Winds increase the fire danger for much of Utah, which is why red flag warnings are always in place until 9 p.m.

Northern Utah, Eastern Nevada, and Southern Idaho will be in the 90s and triple digits with a mix of sun and cloud. Southwestern Wyoming will experience peaks in the mid-1980s with more sun than clouds. Central and southern Utah expect to see another day of highs in the upper 90s and low triple digits thanks to cloud cover. We can expect to see an increase in clouds during the day as the humidity moves through Utah.

Tonight we are still seeing moisture slowly seeping in, leading to possible shower activity on Wednesday! The lows will be on the warm side as we have these same clouds covering us, not letting any heat escape.

In short, the heat is returning to most of northern Utah as southerly winds start to pick up and clouds begin to appear again over Utah.

Stay informed with the accurate weather team both live and online at abc4.com/weather. We are There4You.

Hot start of summer for Utah

Will it rain in Utah on Wednesday?