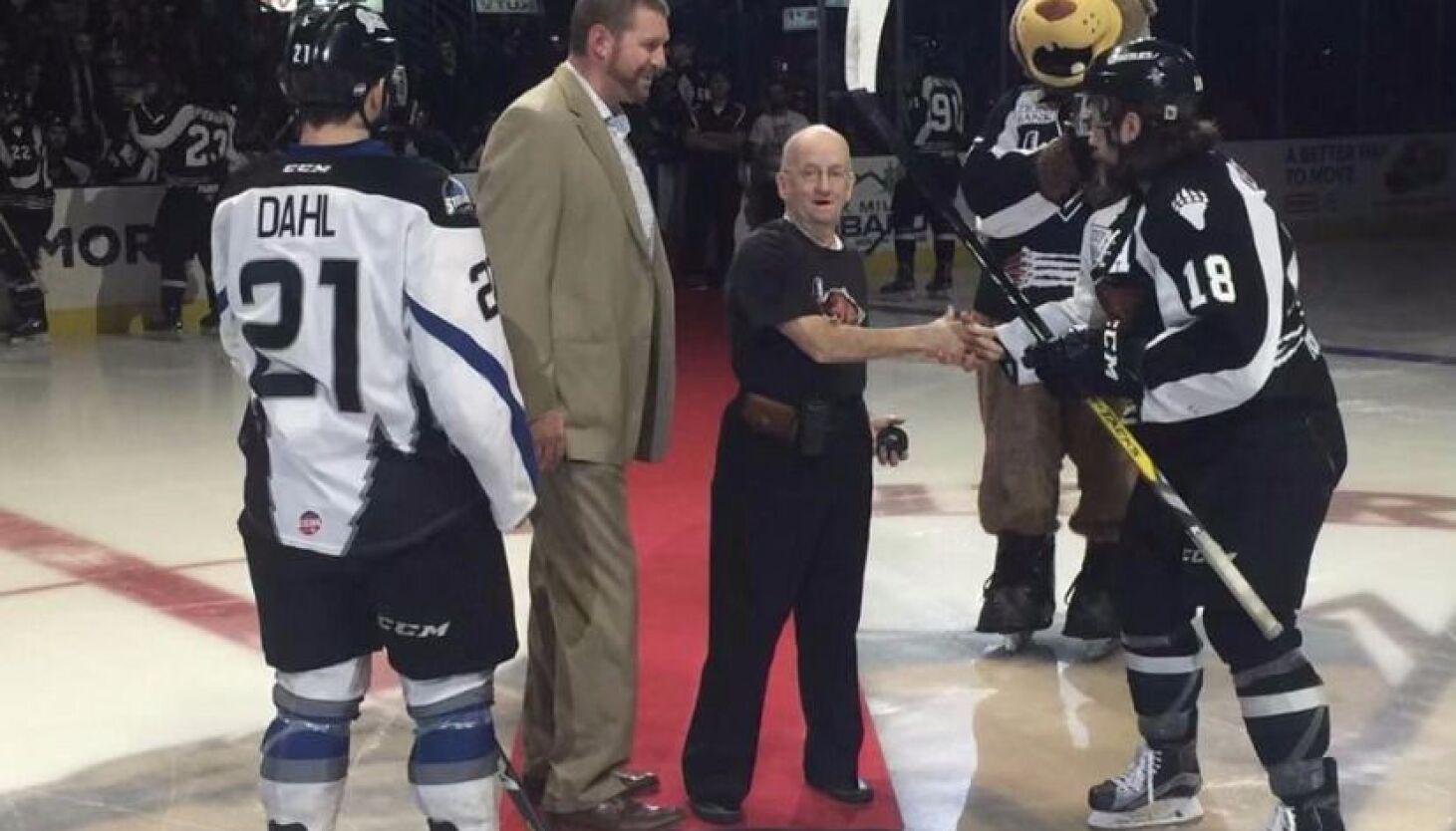 Johnny Burt, who was at Utah high school sporting events for more than four decades, died Wednesday morning. The longtime Sandy resident was 66.

Burt has impacted many lives with his passion for the sport, including volunteering with the UHSAA at state tournaments for years and years to help with whatever duties were necessary. He could also be seen working at the Utah Grizzlies, Salt Lake Bees and SLCC sporting events over the years.

“The passion for sports in high school is what unites our communities, and Johnny certainly had that passion,” said Rob Cuff, UHSAA Executive Director. “Johnny’s life has been marked by an inordinate amount of hardship and struggle, but the same passion he showed for high school pursuits enabled him to overcome the many adversities he faced during his life. Our thoughts and condolences go out to all his family and friends during this difficult time. »

Burt’s brother Doug and sister-in-law Peggy were his primary caregivers for many years.

SLCC athletic director Kevin Dustin said he first met Burt when he was an assistant coach at Alta High in 1983. He said “Johnny was a constant presence at just about every sporting event.” .

A Utah legend and dear friend passed away this morning. Many of you will remember Johnny Burt from hundreds of sporting events. RIP my little friend.

He soon learned that Johnny was also all over the Valley at various sporting events. Their friendship spanned decades as Dustin evolved his career in the industry.

“Johnny was loving and loyal. He met so many coaches, referees, media…really everyone who crossed his path became friends. He was loved by many and will be deeply missed,” Dustin said. .

My interaction with Burt has largely been a passing hello and small talk at state tournament games for two decades as he handed out stat sheets to the media between games, whether football or basketball. That changed one morning several years ago when we shared a drive to the Dee Events Center for the State Basketball Tournament.

In his later years, when Burt could no longer drive his own car, a UHSAA staff member often drove Burt to the sites if he wanted to volunteer and public transportation was not possible. That morning, no one was available to pick up Burt from his home in Sandy. I had heard of it randomly the night before and said I would be happy to pick it up as we lived within 10 minutes of each other.

For an hour, Jonny and I listened to sports radio and talked about Jazz, the NBA, and shared random stories about high school sports memories. It was such a normal conversation that I expected to have with anyone else, and that’s what made it so memorable.

Burt had physical and cognitive limitations that were clear to those who interacted with him. Over the years, I’ve seen with my own eyes how random high school kids would laugh at his short stature or the intense attitude with which he went about his job. You could see the teasing hurt him sometimes, but he took pride in his responsibilities and handled his duties in a professional manner.

Sharing a drive to Weber State that March morning helped me get to know Johnny, the kind-hearted, sports-loving individual who just wanted to be treated like everyone else. At UHSAA and the other sports organizations he affiliated with, that’s exactly what he was, just part of the team.

After our car ride, there was always a little more meaning to our little conversation. That’s probably why my son got to meet his favorite basketball player, Donovan Mitchell, a few years ago, when the jazz superstar attended the Boys and Girls 6A State Championship games at the Huntsman Center. My 11 year old son William was hanging out with me this Saturday morning, and when Mitchell arrived he was so excited to try to meet him.

Between the Boys and Girls 6A games, Mitchell and his small entourage went down to a room near the Utes locker room to relax. A few UHSAA staff and their families were able to go there and meet Mitchell and thanks to Burt, so was my son. He grabbed my son’s hand and used his “Johnny” authority to make sure William came into the back room as well.

He is the Johnny I will remember, kind at heart and always eager to help others. State tournaments will no longer be the same.

For Jared Youngman, vice president of the Utah Grizzlies, he first got to know Burt through high school football officiating and said that over the years they became good friends as their paths ran through the UHSAA and the Grizzlies.

“He always liked to be involved. He would make sure the officials were taken care of. He would first be at school waiting for us, walking us to our locker room, onto the field and back,” Youngman said.

“Johnny started coming to Grizzlies games as a fan, but he couldn’t just sit and watch. He started working for me, helping me shoot a puck and anything else I needed. He was with me at every home game. Even when he couldn’t drive anymore, he would get off TRAX and either myself or someone would take him home. The time came when he couldn’t go to games, he always called during games to find out what was going on. I’m glad he was able to qualify for two of our playoffs last season. Much like high school sporting events, Johnny has become a fixture at Utah Grizzlies games.