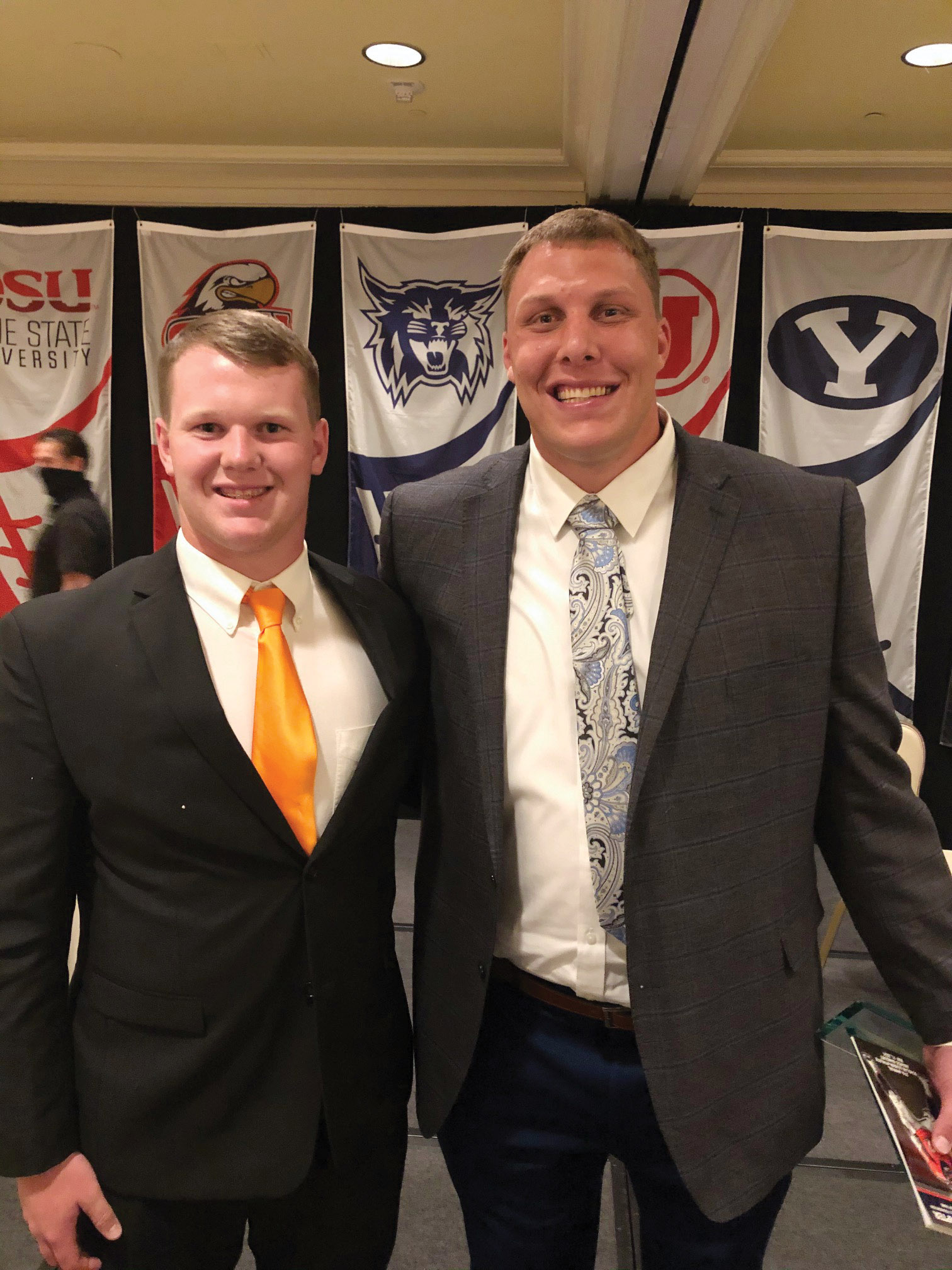 A lot of hard work and time paid off for a recent Monticello High School graduate. Tuff Adair was honored by the Utah Hall of Fame Foundation (USHOFF) when it awarded him its annual Hall of Fame scholarship.

Adair was named to the Utah Sports Hall of Fame along with just seven other student athletes across the state – three boys and four girls.

His name and photo will be displayed in the beautiful Foundation Museum, located at the City Creek Mall in downtown Salt Lake City, alongside other scholars who have been honored since the program began in 1990.

Adair is only the second MHS student-athlete to be honored with this scholarship. The other was Ashley Dowell in 2008.

â€œReceiving the USHOFF scholarship is a great honor,â€ said Adair. â€œI was humbled to receive it. I hope this will show others at MHS that anything is possible, even in a small school.

â€œAll the time, effort, blood, sweat and tears on the soccer field, wrestling mat, track and in the weight room every day for the past four years has been worth it.

â€œI am honored to be the second Buckaroo to win this scholarship and I hope it will motivate future Buckaroos to surpass themselves. Even though it was a personal prize, I didn’t win it on my own.

â€œWe have great coaches at MHS who want the best for us. I loved being a Buckaroo, win or lose. MHS has given me more than I could ever have asked for.

â€œFinally, I want to thank my family for always being my biggest supporters. I couldn’t have done any of these things without their support.

The Utah Sports Hall of Fame Foundation was established in 1990 by the Paul Ream family. The scholarship, including this year’s recipients, has so far provided $ 420,000 to 238 high school students in Utah.

In addition to the USHOFF scholarship, Adair is also one of 11 Utah high school football players to receive the Utah National Football Foundation / College Hall of Fame Chapter Scholarship.

He received the honor at the Foundation’s awards banquet at the Little America Hotel in Salt Lake City on May 11.

Adair joined a distinguished list of 11 other San Juan County student-athletes who have received the National Football Foundation scholarship since the program began in 1995.

In the extracurricular accomplishments, Adair planned and organized 20 volunteers to lay 20,000 square feet of sod; had many scout and church calls and leadership roles; distributed food to the Utah Food Bank, serving over 200 vehicles; dug, formed and poured cement and laid tombstones for the elderly, widows, veterans and the destitute at the cemetery of Monticello; and organized the MHS Keys to Success.

Adair plans to attend Snow College for a year before going on a mission for The Church of Jesus Christ of Latter-day Saints.

The Utah Chapter is represented by a dedicated Board of Directors who dedicate their time and talents to securing the future of amateur football in the great state of Utah.