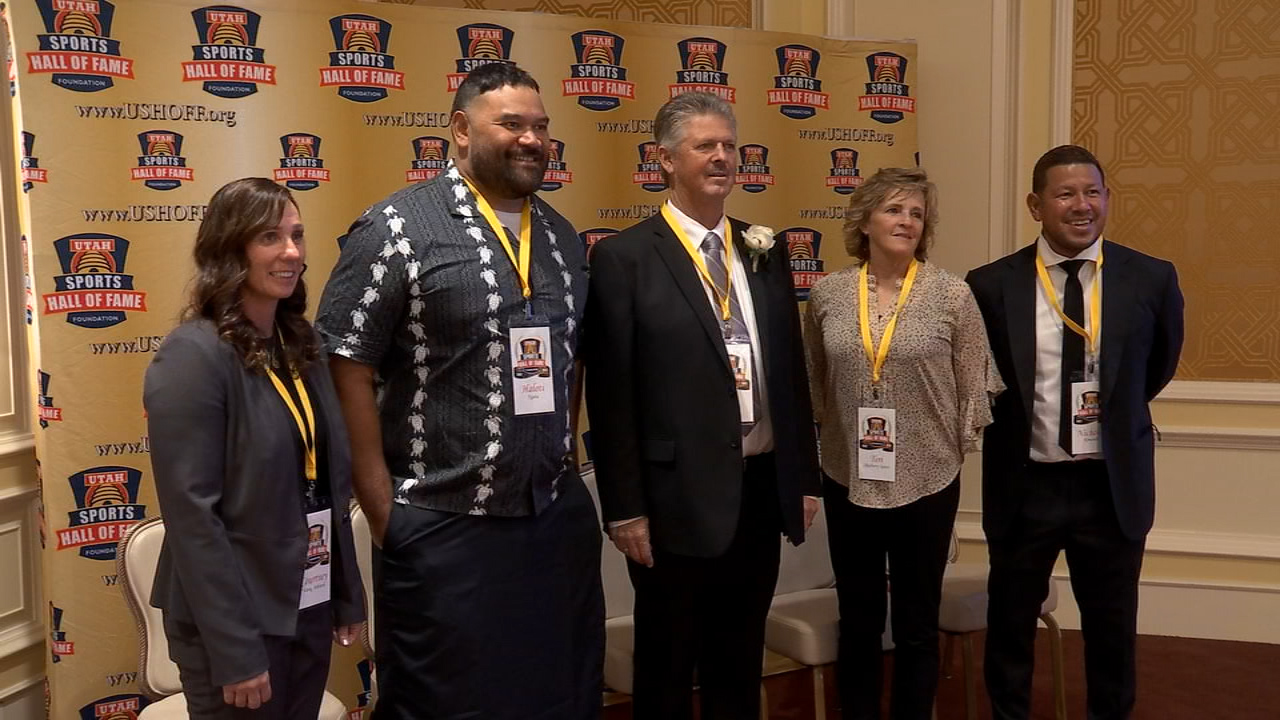 Ngata, a Highland High School graduate, was the University of Oregon 12th overall pick by the Baltimore Ravens in the 2006 NFL Draft. He went on to play 13 seasons for the Ravens, Detroit Lions. and the Philadelphia Eagles. Ngata helped Baltimore win the Super Bowl in 2012.

â€œI couldn’t imagine this when I was young,â€ Ngata said. â€œGrowing up and going to Highland, I never thought I would end up here. I’m just lucky and lucky to have a great career, to come home and be a part of it.

Nicknamed â€œThe Wall of the Wastch,â€ Rimando played 13 seasons for Real Salt Lake and went on to become perhaps the greatest goalkeeper in Major League Soccer history. Rimando is the all-time leader in wins, saves and shutouts. He helped RSL win the 2009 MLS Cup and is the first professional football player to be inducted into the Utah Sports Hall of Fame.

“It’s big, isn’t it?” It is an honor. It was a surprise, honestly, to receive this call. Retire in 2019, then be honored in a city where you have done so much for sport. The city means so much to me.

Jay Don Blake, a native of St. George and product of the State of Utah, won a PGA Tour event in 1991 at Torrey Pines, becoming the last local golfer to win a PGA event until Tony Finau won in 2016. Blake made 499 starts on the PGA Tour and tied for sixth place at the 1992 US Open at Pebble Beach.

Courtney Young Johnson, a native of Salt Lake City and a graduate of Skyline High, won a silver medal in the first-ever women’s Olympic water polo competition in 2000, representing the United States.

The induction ceremony was hosted by Wesley Ruff of ABC4.