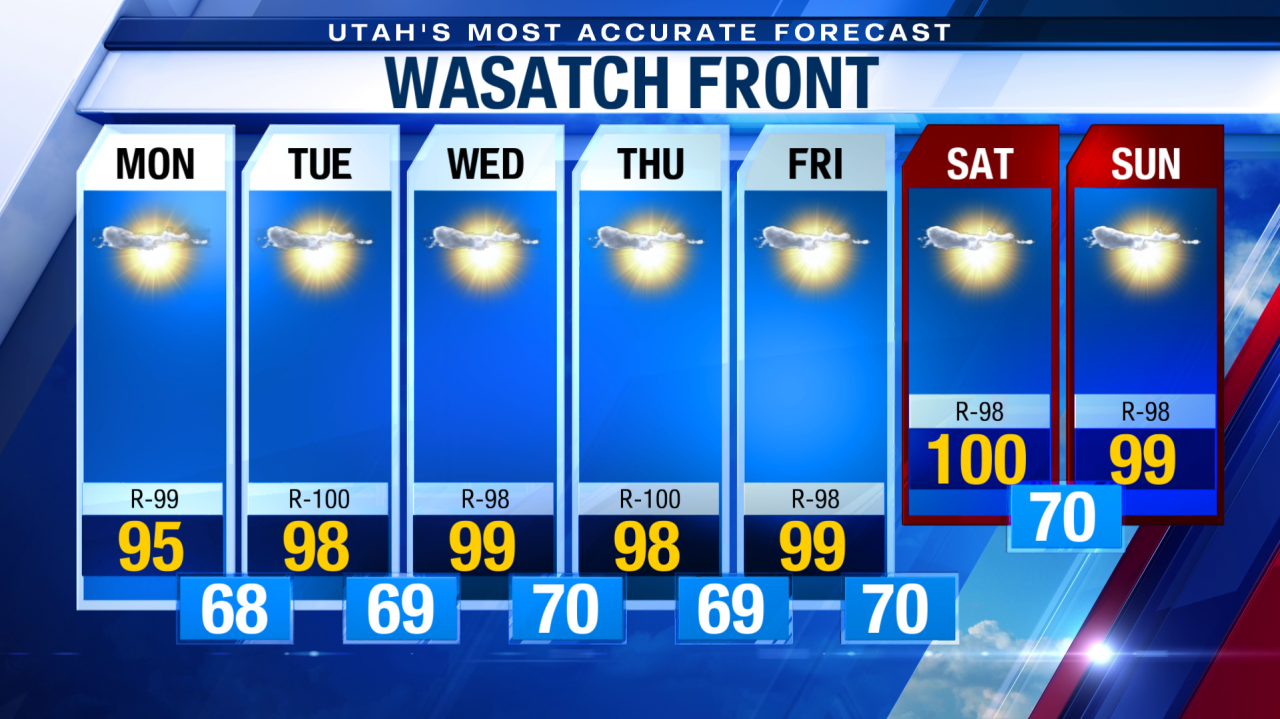 SALT LAKE CITY (ABC4) – This week is shaping up to be two things: hot and dry! After all the monsoon weather we’ve had for the past few weeks, we had almost forgotten that we live in a desert and in the middle of a drought.

All of this will come to the fore again this week as a ridge of high pressure forms across the western United States, leading to a warming and drying trend.

There will be chances for light showers thanks to the lingering humidity in the lower levels, but it should stay in the upper elevations and not have much strength to move away.

What this will leave most of the state with is scorching hot weather. It also looks like it could last longer than this week.

Northern Utah will see upper 90s in many places and the possibility of record heat on the Wasatch front. We could see a record break on Wednesday as the current record is 98, which we expect. But the rest of the week and the weekend are also showing signs of very high heat, so follow us and see if those records fall.

In the southern part of the state, we will stick to the same pattern. The start of the week already shows the national parks without flash flood warnings that have been a staple for the past two weeks. St. George will be looking at triple digits all week, to match much of the lower half of the state.