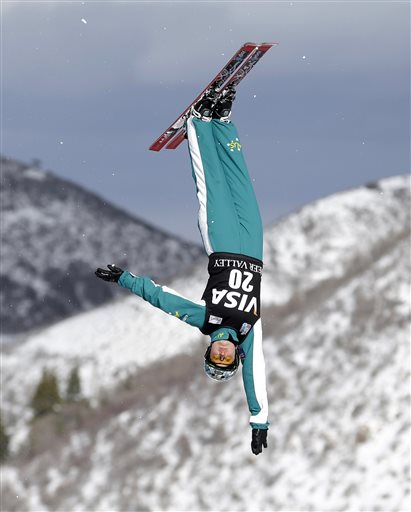 The legacy of the 2002 Olympic torch still shines through The Beehive State as the economic impacts of the Olympics continue today.

The Olympic facilities used during the 2002 Winter Games hosted numerous Olympic trials this year and are now known as “mini-Olympics,” according to Jeff Robbins, CEO of the Utah Athletic Commission.

â€œIf you count the 13 major events or activities that have taken place since September, the economic impact is estimated to be around $ 30 million,â€ Robbins said. “It’s a significant impact in three and a half months.”

The state’s official estimate of the economic impact of the 2002 Games was $ 4.8 billion in sales, 35,000 years of employment, and $ 1.5 billion in income for workers in Utah , according to the Salt Lake City Chamber.

And the earnings keep growing.

Since then, Utah has hosted more than 550 events at Olympic venues, which have generated an estimated $ 1.5 billion for the Utah economy, according to Robbins.

Robbins said the state has earned about an additional $ 300 million in media value since the 2002 games. He said the signs along the bobsleigh track, ski jump and ice rink all helped bring Utah to the world.

He said the trials and other events had drawn people from all over the country to Utah. Robbins estimates that more than 300 media staff, including an NBC team, and 100 athletes have come to Utah for the trials, which excludes all officials, friends and families of the athletes.

According to Sandy Chio, Marketing Director of the Utah Olympic Legacy Foundation, the 2014 Olympic Trials for the Nordic Combined and Ski Jumping events were held in Park City Olympic Park and drew more than 10,000 spectators. Another 20,000 attended the speed skating trials on the Olympic Oval.

Olympic venues are more than just a tourist destination. The facilities draw crowds of winter sports enthusiasts, including students who may not have the opportunity to experience the real games.

â€œAfter seeing these trials, I’m delighted to see the United States compete in Sochi,â€ said Jon Kjar, a BYU student and local skier, who attended the trials. “We’re going to walk away with a ton of gold medals.”

For Kjar, and all those who go to see the trials, the Olympic venues remain a place that can accommodate all levels of competition.

Utah’s Olympic venues have hosted events such as the Winter X-Games, the Speed â€‹â€‹Skating World Cup, the Bobsleigh and Skeleton World Cup, the Luge World Cup and the recent Olympic Trials.

â€œThe games (2002) have helped raise awareness nationally and internationally,â€ said CEO Robbins. “(They) understand the quality that we have here, the best infrastructure.”

He said few other cities hosting the Olympics had been able to do as well as Salt Lake City. He hopes this recent success with the Olympic Trials will help Utah get more Winter Games events in the future.