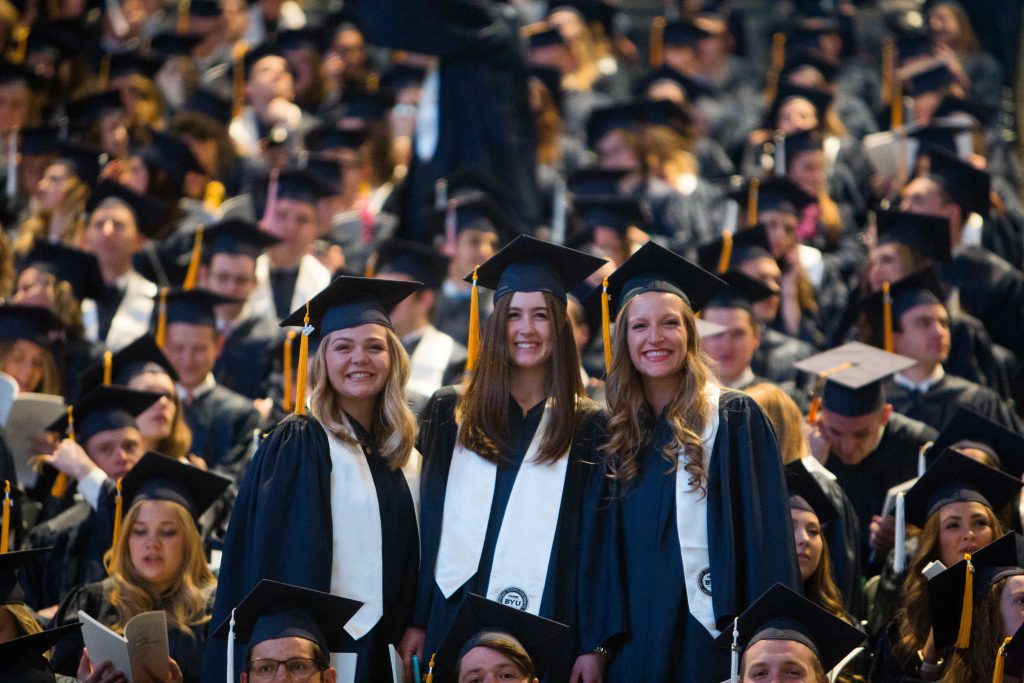 More than half of BYU graduates stay in Utah to work. Salt Lake City is the best place to start a career, ranking first in terms of work opportunities and quality of life, according to a WalletHub Report. A second 2017 report by WalletHub ranks Salt Lake City as the eighth best city for general employment.

Where do BYU graduates go for jobs?

Alone 35 percent of BYU students come from Utah, but more than half of BYU graduates stay in the state after graduation. University Career Services Managers have started collecting data on promotions from June 2016, August 2016 and December 2016, and are investigating graduates from April 2017. University Career Services Director Jodi Chowen, said the data is a snapshot, but is in line with the trend they were aware of.

“I think part of that is because of the great economy we have right now (in Utah) and there are a lot of opportunities right now, â€Chowen said.

BYU graduates typically stay in Intermountain West; However, it depends on the industry. The top five states where graduates move after graduation are Utah, California, Texas, Arizona, and Washington. Figures include graduates with full-time or part-time jobs and those attending or planning to attend higher education.

Chowen said the results are similar to data the Marriott School of Business has been collecting for years.

â€œTexas has been a real growth area for our students in recent years,â€ said Chowen. â€œThe Marriott School has put a lot of effort in the Dallas area, and the College of Physical and Mathematical Sciences has great connections in the Austin area.

Plano, Texas is the second best city for jobs, according to a report by WalletHub. Texas cities Dallas and Austin rank 22nd and 23rd, respectively.

Chowen said engineering graduates tend to move to the Midwest, Wisconsin, Illinois and Michigan because that is where their industry is located, while communication students have good relationships in New York City. and political science graduates can travel to Washington, DC

What makes a city ideal for employment?

Utah created 49,500 new jobs in 2016, as all major industrial sectors expanded, according to the 2017 Economic Report to the Governor. Utah’s 3.6 percent job growth was above the state’s long-term average and more than double the national rate of 1.7 percent.

Analysts took into account starting salaries, the number of entry-level jobs, job growth, housing and the age of the population for WalletHub’s report on the best places to start a business. career. Salt Lake City is tied for first in most entry level jobs.

Richard Boyatzis, professor of organizational behavior, psychology and cognitive science at Case Western Reserve University, said choosing a city in which to start a career depends on a number of factors. Personal interests, marital and family status, and the field or career considered all influence the decision.

Boyatzis said the biggest career mistake young people make is looking for a job with visible benefits like money or status.

Cael Sanderson inducted into the Utah Sports Hall of Fame