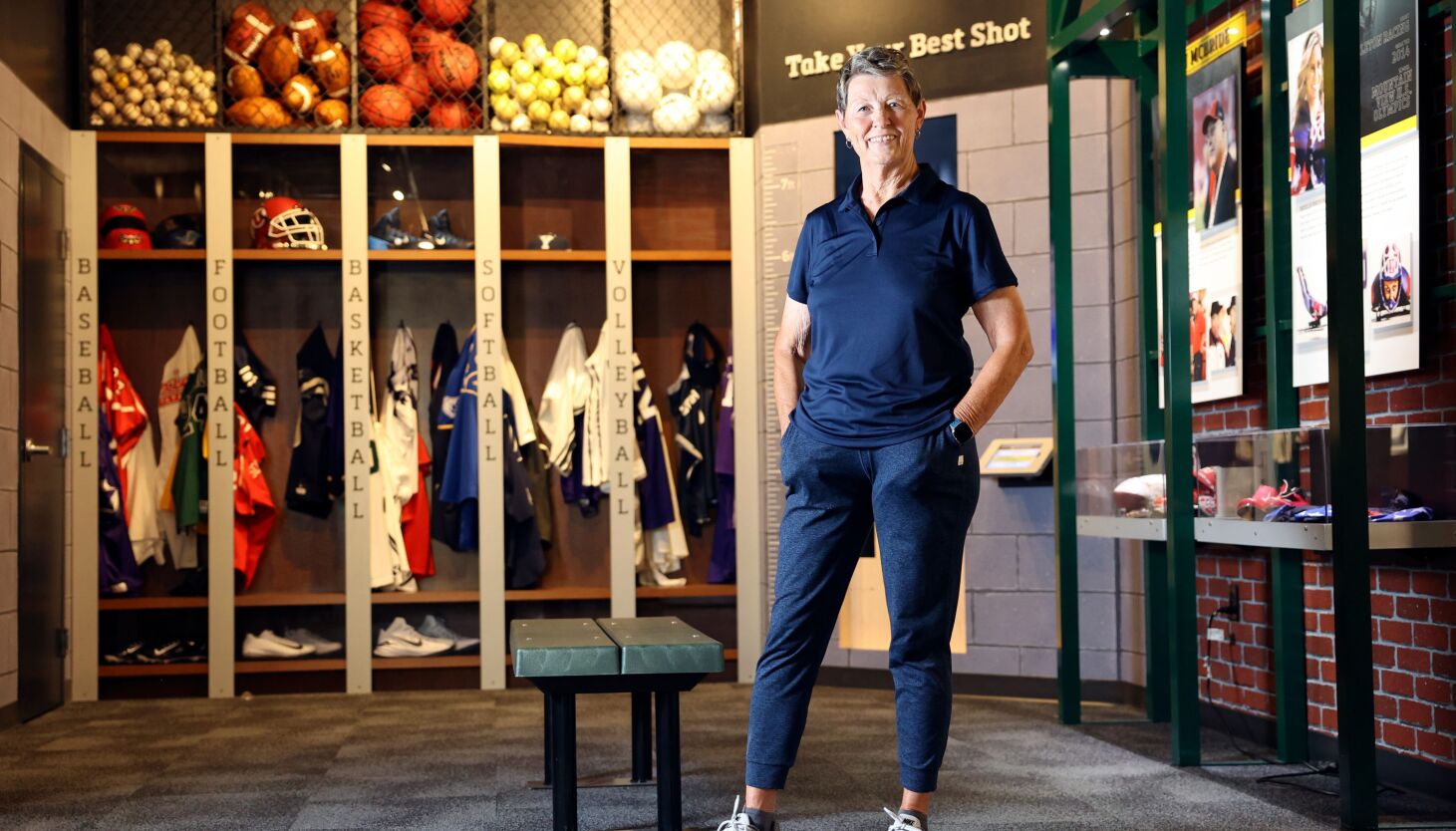 Utah Sports Hall of Fame Museum: Who Are Some of Utah’s Greatest Athletes?

Standing at the entrance to the Utah Sports Hall of Fame Museum, a place that houses the institutional memory of Utah’s top athletes and greatest sporting achievements, Norma Carr, the acting director, is asked of the museum, if she ever feels the presence of the legends. As she walks through the windows, does she hear, you know, their voices?

“Well, yes,” she said with a smile. “We have the back monitor on all the time to tell stories, so I always hear their voices.”

The museum is among Salt Lake City’s newest and least known attractions. Tucked off the beaten path at the northwest corner of City Creek Center, just beyond Nordstrom at the southeast corner of the (still confusing?) 99 West condo tower, the museum has had its growing pains.

Less than a year after it opened, COVID-19 shut it down for over a year. Then, when he was finally up and running, the go-to day manager, Rod Young, suffered health issues and had to step away.

Enter — or bring in — Norma, the person who has driven the project from its inception and is determined to make it a success.

She had a good (bad?) time to be president of the Utah Sports Hall of Fame Foundation in 2019, the year after Vivint Arena performed a massive overhaul that included the removal of the lobby wall which for decades housed the plaques of Hall of Fame inductees. .

Suddenly, the plates had nothing to cling to. Guys like Gene Fullmer and Alf Engen were orphans.

“We were in boxes,” says Norma.

She is reluctant to take credit for the sparkling but hard-to-find museum, crediting the brainstorming of many smart and creative people on the Utah Sports Hall of Fame Foundation’s Board of Trustees and Executive Committee with making it happen. of an installation that “goes far beyond what each of us expected.

But, still, she was the responsible person; it was her baby; it was she who remained at the helm and who brought it to an end.

Figuring out how to pay for it, she says, “almost killed me.”

She will never forget the day Kem Gardner, the kind resident of Salt Lake City, presented her with a check for $200,000 as her first contribution. The ink wasn’t dry before she put it down. After that, the Millers, Eccles, Zions Banks, et al., followed suit and the foundation got the million dollars it needed to build the museum and hire a design company (exhibits) to make it an exhibition space. (Now that it is operational, the Utah Legislature pays an annual stipend).

Of course, anyone familiar with Utah sports knows this wasn’t the first time Norma had tackled something difficult, let alone unprecedented. She is a woman who championed women’s sport before there was women’s sport. She was head coach of the first women’s volleyball and softball teams at the University of Utah. After 14 years in college, she was named athletic director at Salt Lake Community College – the first woman to head an athletic department at a Utah institution of higher education. Before retiring in 2014 after 25 years at the helm, she built SLCC into a recognized national power.

Norma, 73, joined the board of directors of the Utah Sports Hall of Fame Foundation in 1995 – and you don’t have to wonder if she was the first woman to hold the position.

Over the past 27 years, she has been involved in the selection process of more than half of Hall of Fame inductees, giving her a reverence and appreciation for those who are enshrined.

“I love the sport and I love what it’s about,” she says, gesturing to exhibits honoring Utah’s best, from Arnie Ferrin and Merlin Olsen to Rex’s Jay Don Blake and Haloti Ngata. Berry and Herman Franks to Natalie Williams and Logan Tom, and so on. There are currently 246 men and women in the Utah room.

In September, there will be 251. The class of 22 inductees includes Steve Konowalchuk, the first Salt Lake City native to play in the NHL; BYU star lineman and NFL veteran Scott Brumfield; athletic director Dave Checketts; rodeo champion Cody Wright and – the only woman in the group – all-around athlete and administrator Norma Carr, of Rosa Parks Women’s Sports in Utah.

As you’d expect, when asked to enter the hall of fame she helped build — in this case literally — Norma downplays the honor, preferring instead to focus on what’s. on her to-do list right now. The most important thing is to find a manager to lighten up some of his duties at the museum, such as scheduling the small team of volunteers who handle reception, take care of payroll and send Christmas cards to legislators.

But hold that thought. After the induction ceremonies in September, her story will be one of those broadcast in the room.

Among the voices of legends coming out of the rear monitor, preserved for the ages, will be his own.

The Utah Sports Hall of Fame Museum is open 11 a.m. to 7 p.m. Monday through Saturday. There is no admission charge, although donations are gladly accepted.