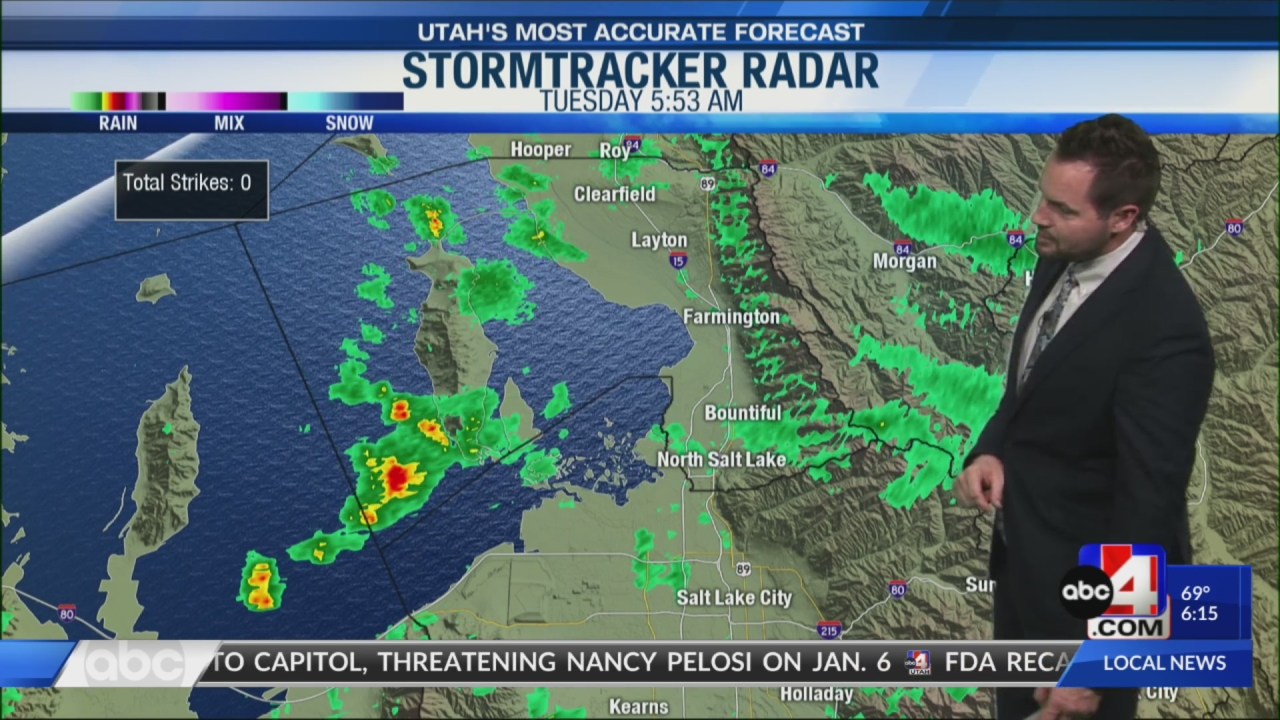 SALT LAKE CITY (ABC4) – Happy Tuesday Utah! We come out of a hell of a day for the first day of August!

Strong storms rolled through northern Utah last night on a day when we saw below average temperatures along the Wasatch Front!

As for Tuesday, we will see a relatively cool day in northern Utah thanks to the statewide brushing system. Daytime highs will be around 3-5 degrees below normal in northern Utah, with most areas along the Wasatch Front peaking in the mid to upper 80s with a chance of a few points reach about 90 degrees. For perspective, the average high in Salt Lake City on Tuesday is 95.

There will also be a chance of showers and thunderstorms, but not as many compared to what we saw on Monday. In northern Utah, the best odds seem to be during the first half of the day, while in central and southern Utah, the best odds will come in the afternoon and early morning. evening with daytime heating. With more storm potential in the south, keep in mind that flash flooding will also be at least a possibility in most national parks in southern Utah.

In the middle of the week, the humidity will drop a little, which will cause temperatures to rise across the board. There will be just enough moisture for isolated storms on Wednesday, but they will generally favor the southern Utah highlands. For everyone else, it will be near average in all areas with mostly sunny to partly cloudy skies.

The Downside: US Strike Shows Afghanistan is Still a Terrorist Base | app