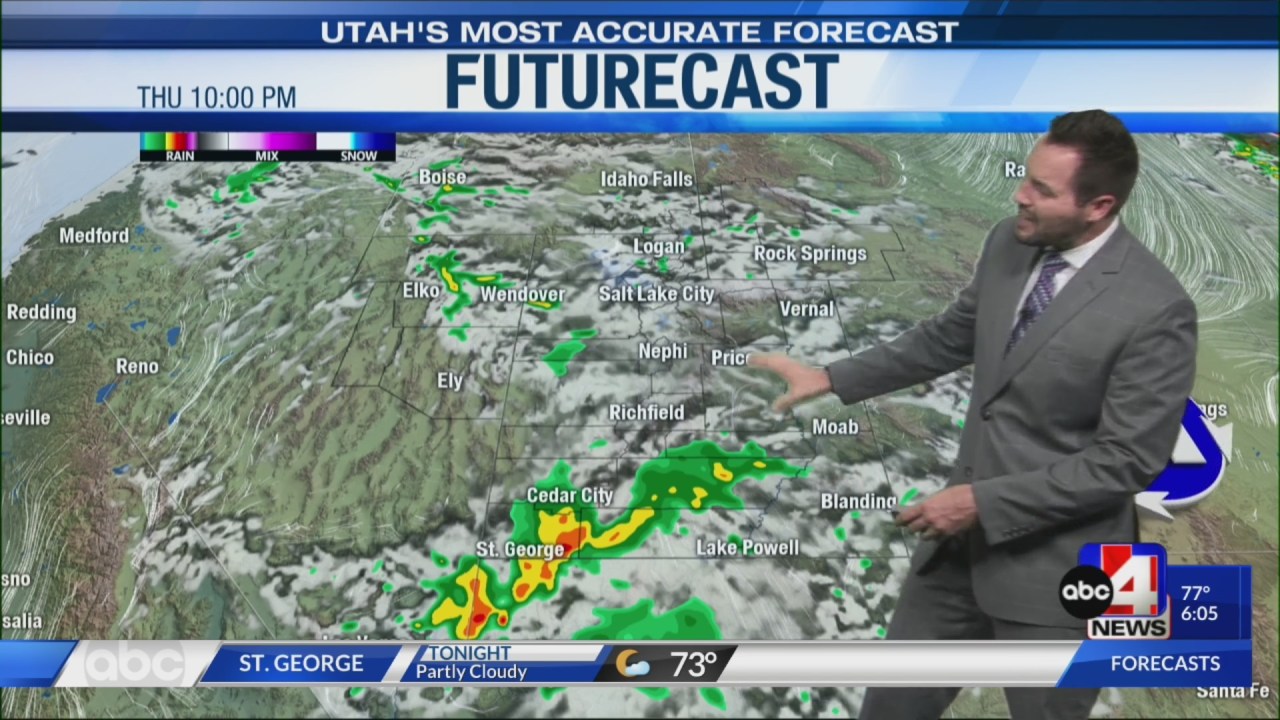 SALT LAKE CITY (ABC4) – Happy Thursday or Friday night, Utah! Today’s first half will look a lot like the last two days, but we have some changes that are about to be on the way!

In southern Utah we will see more scattered showers and thunderstorms with the best chance being in southwestern Utah. A flood watch will come into effect this afternoon and continue through the evening for south-central Utah, the Southern Mountains and Zion National Park.

Even outside of the watch, flash flooding will remain at the very least a possibility in all of our national parks, so if you have plans outdoors, keep that in mind!

In northern Utah we will have more sun and heat. Today’s highs will be nearly identical to what we had on Wednesday, which means we’ll be back in record territory in SLC with triple-digit heat potential.

As we move from afternoon to evening, changes will be afoot. Moisture will begin to return as the high pressure moves eastward and a system approaches from the west. In the evening through overnight, a few showers will be possible in northern Utah, but by Friday we will be looking at the potential for showers and storms across the state as cooler temperatures begin to infiltrate.

Saturday will bring even better potential for showers and storms in northern Utah as storms remain possible in the south. As we move from Sunday into early next week, humidity levels are expected to drop across the state as temperatures rebound to near or slightly above average temperatures.