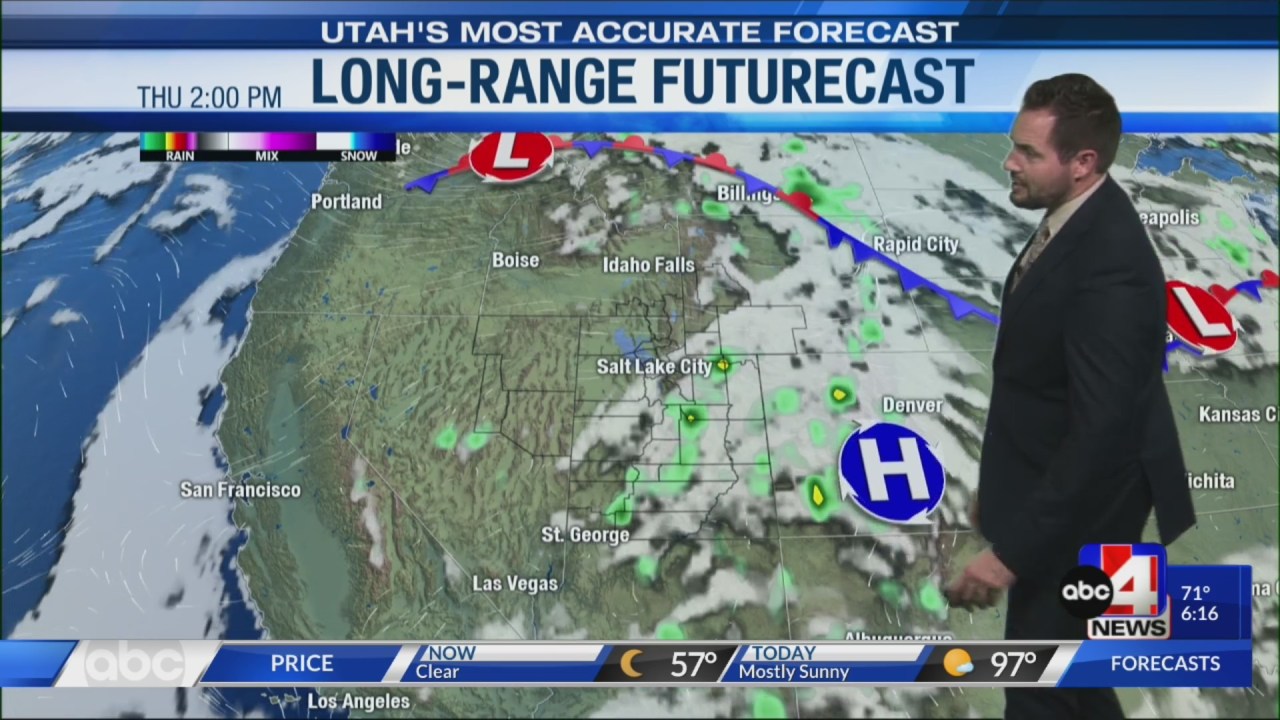 SALT LAKE CITY (ABC4) – What a weekend we just had! We had several flash floods across most of southern and central Utah, northern Summit and Wasatch counties were flooded, and we even had a tornado sighting in St. George. After a weekend like this, we all deserve a little break. And good news, we get one!

The next few days in Utah will be beautiful as the humidity will take a little break (we will still have chances of wet weather, but especially in the higher elevations) and we will finally see normal temperatures again. This will be especially great news for Utah’s National Parks which appeared to be the target of much of this weekend’s storms. Having a chance to dry off is exactly what places like Moab could really use right now.

SNAPWORTHY: Utah restaurant named one of the most photogenic in the United States by Yelp

Monday and Tuesday are expected to be very clear in the southern half of the state with triple-digit temperatures returning to their usual hangouts. On Wednesday we will start to see the return of wet weather as we will see slight chances of humidity in the afternoon and evening. This will increase over the next few days, but then decrease as we reach the weekend. Models are a bit mixed on that at the moment, so we’ll keep an eye on that and let you know in case we have another wild weekend.

The northern part of Beehive State should see clear sailing for the next three days until the moisture catches up to them on Thursday. Friday and Saturday could see thunderstorms before the chances dwindle on Sunday. But with that, we’ll see some hot days this week, with SLC getting the chance to add to its record run of over 100 degree days on Tuesday or Wednesday.

Take-out? Warmer and drier at the beginning of the work week, but some humidity appears in the middle of the week.