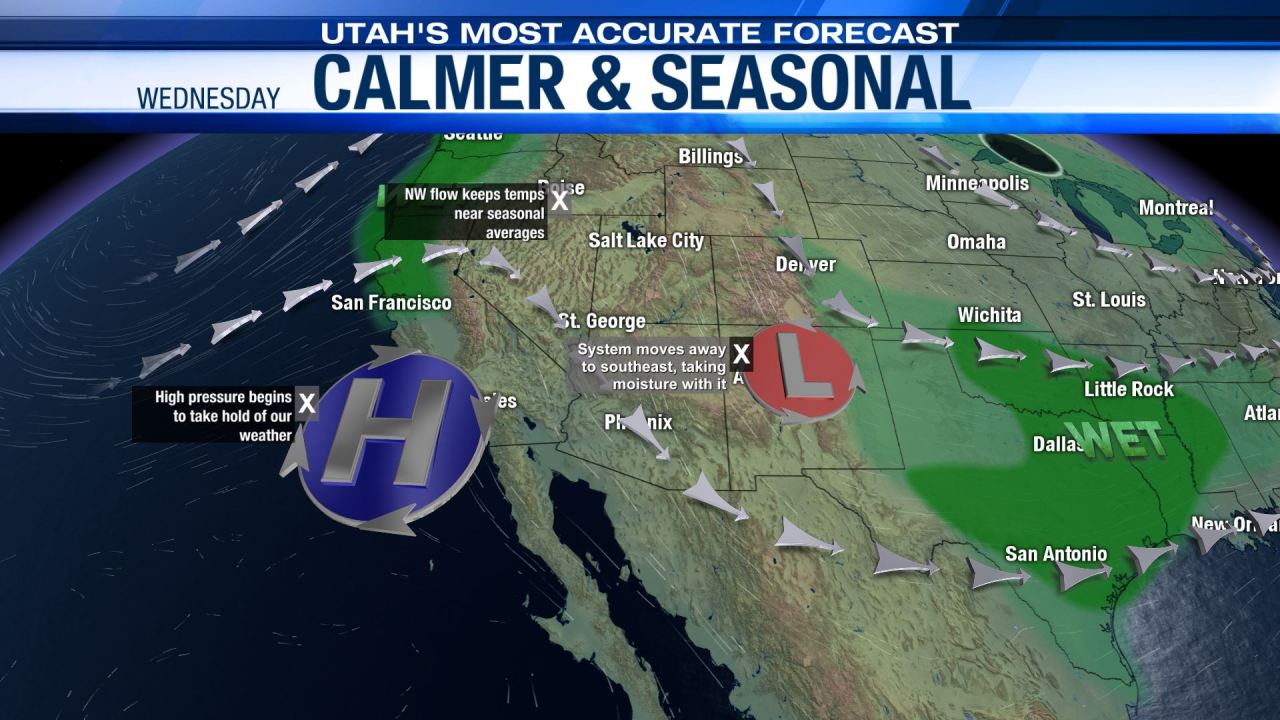 SALT LAKE CITY (ABC4) – Hope you’re having a great Tuesday, Utah! After a soggy start to the day in the northern half of the state, we’ll clear things up throughout the afternoon as the all-weather driving system moves eastward.

With that however, some stray showers will still be possible, mostly until mid-afternoon as skies become partly sunny. Meanwhile, in southwestern Utah, it will be a beautiful fall day with partly cloudy skies and mild temperatures as Cedar City hits the 60s and St. George enters the 70s. along the Wasatch Front, highs will be seasonal, mid to upper 50s, with Salt Lake City hitting 58.

Overnight with a northwesterly flow, it will turn cold for most of the state under mostly clear to partly cloudy skies. We will see lows along the Wasatch Front in the upper 30s and lower 40s, while Cache Valley and higher elevations like the Wasatch Back get overnight lows near freezing. It will even be chilly in St. George with temperatures reaching the upper 40s.

The high pressure will set the stage for what will be a seasonal and mostly sunny day across the state tomorrow. The sun persists on Thursday, but with a bit more of a southerly component to our winds, temperatures will be a bit above average for most. From Thursday evening to Friday morning, a fast moving system will bring the possibility of a wet weather streak to northern Utah. By Friday afternoon, the sun will return as temperatures cool slightly.