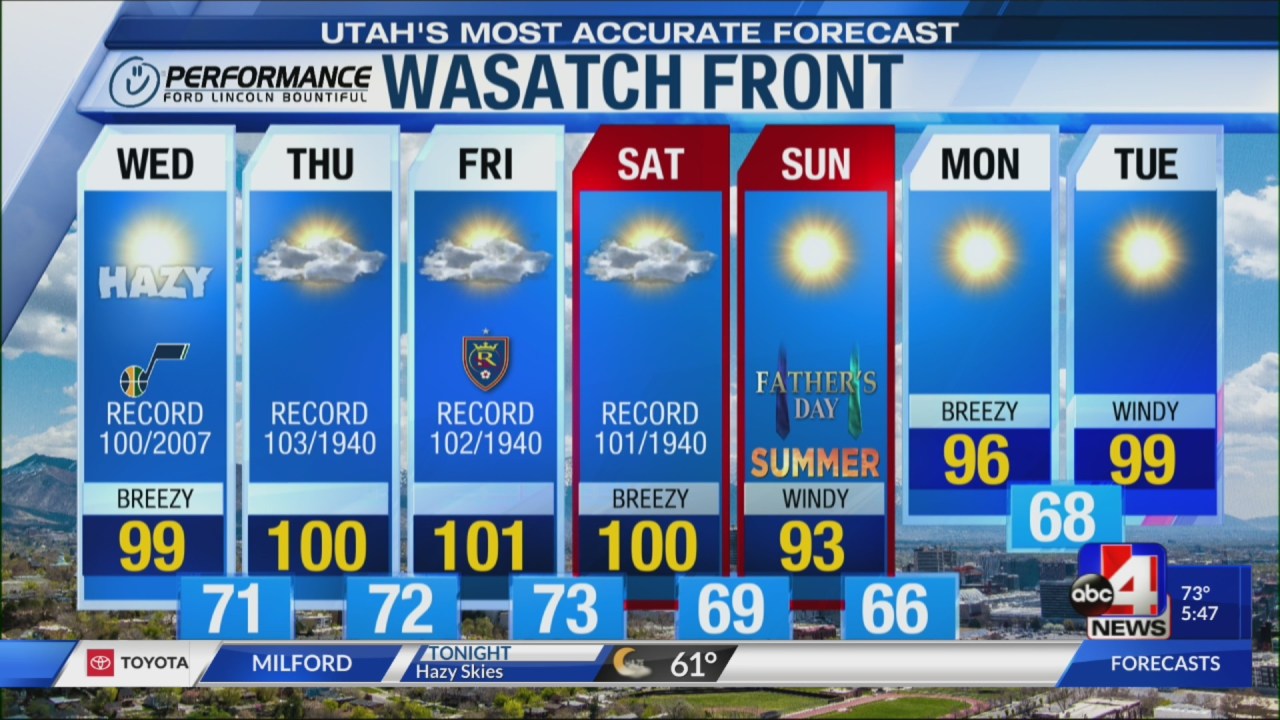 SALT LAKE CITY (ABC4) – Happy Wednesday! After hitting the hottest temperature on record Tuesday in Salt Lake City, we get a slight relief towards northern Utah, but record potential remains for the south.

Salt Lake City hit 107 yesterday, but a weak cold front will ease the heat from the Wasatch front. The front also brought cloud cover for the night, but mostly sunny skies are expected with a lot of haze.

Our high pressure ridge will flatten slightly, but then we will rebound as we head towards the end of the work week. This slight cooling, however, may not be as beneficial as we hoped.

Triple-digit numbers are still expected in Provo, Vernal and much of central and southern Utah, but the front will bring us down to between five and eight degrees. Salt Lake is still expected to hit 100.

If we hit 100 today, it will be the longest three-digit streak of June in Salt Lake. An excessive heat warning remains for parts of southern, central and eastern Utah until midnight Friday.

A heat advisory is currently in effect until midnight Friday for the Western Desert and the Wasatch Front. Temperatures aren’t our only weather threat this week!

The winds will become windy today, but gusty in some places including near Castle Country, San Rafael Swell and along the Wasatch and Uinta Mountains. As a result, the red flag warning indicating a high fire danger has been extended until 10 p.m. Thursday for these areas.

The hidden dangers of summer heat and sun

At the end of the line ? Very little heat relief with excessive heat until the end of the work week and above average temperatures for the next seven days in Salt Lake and St. George.

Stay informed of the latest accurate weather forecasts live and online at abc4.com/weather.