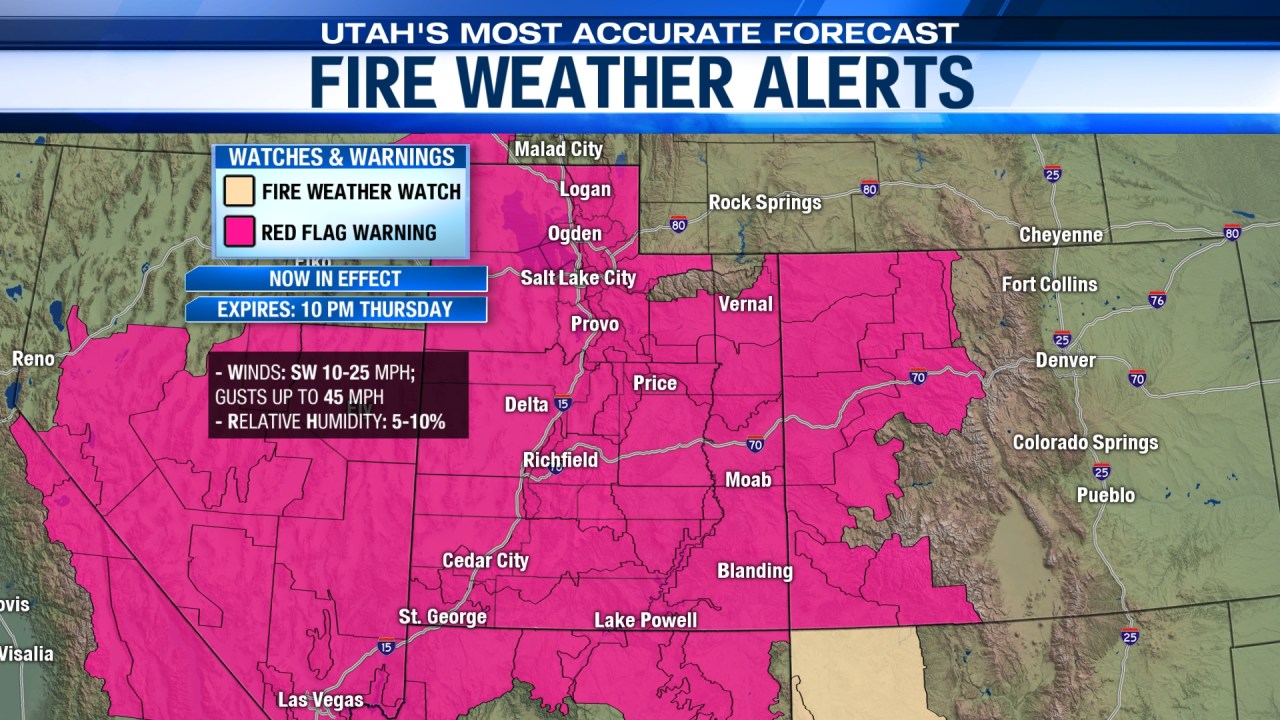 SALT LAKE CITY (ABC4) – Happy Thursday! We must remain aware of the fire today, because the critical danger of fire persists! A red flag warning remains in effect for most of the state today, with the strongest southwest winds concentrating over eastern Utah.

These gusty winds are the result of a strong, dry cold front that will drastically drop temperatures from the 90s to the 70s along the Wasatch front.

Winds ahead and behind the front remain gusty, which is why a wind advisory has been issued for parts of eastern Utah including the Uinta Basin, San Rafael Swell and Castle Country.

Westerly winds could be between 50 and 60 mph in these areas, with strong cross winds on north-south roads, choppy waters expected on lakes in the region and the possibility of power outages. The wind advisory will be in effect until 9 p.m.

Temperatures will be noticeably cooler after the front with the expected 1970s along the Wasatch front and in the central part of the state. Washington County will also experience a cooler day in the mid-1980s.

The eastern border of the state will remain warmer with the mid-80s to mid-90s from Vernal to Blanding.

Partly cloudy skies are expected throughout the state, with the possibility of a few dry and isolated thunderstorms near the Utah-Idaho border.

Don’t get too comfortable with below average temperatures, we’re warming up from the start of the weekend! Take advantage of the cooler conditions, the winds are expected to ease by Friday.

As the fire conditions are ripe, you’ll want to stay tuned, you can stay up to date with our fire danger live and online at abc4.com/weather. Have a nice day!